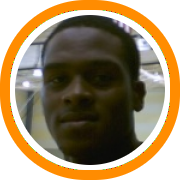 A variety of new prospects are competing in Connecticut this year, but no one is yet close to knocking the king from his throne as Devin Ebanks remains the state’s unquestioned top talent in the class of 2008.  The top five is rounded out by South Kent’s Isaiah Thomas, Master’s David Gibbs, New London’s Allan Chaney, and South Kent’s Assane Sene.  Some top newcomers include: Branden Doughty, Quasim Pugh, and Eric Waterford (St. Thomas More); Kyle Mayers, Stephen O’Reilly, and Jervan Jackson (South Kent); Mike Ryce (Choate Rosemary Hall); James Wang (Canterbury); and Tom Henneberry and Aaron Strothers (Marianapolis Prep).

Dion Waiters sits atop the class of 2010.  The South Kent sophomore is already committed to Syracuse and is as naturally talented as any player in the country.  Jason Morris (Hotchkiss) is a strong second best as he should have his choice of high major programs before too long.  Josh Turner (Sacred Heart HS), Luke Matarazzo (Choate Rosemary Hall), and Greg Langston (St. Joseph’s HS) round out the top five.

2011 appears to be a year of guards as players like Anthony Jernigan (East Hartford HS), Derrick Wilson (Hotchkiss), Jerome Harris (East Catholic), and Fred Wilson (Hillhouse) are all about to embark on what should be very successful high school careers.  The lone big man in the group, Andre Drummond, should be able to make an immediate impact at Capitol Prep.

Stay tuned tomorrow as we announce the new list in Maine.