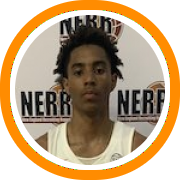 Some young prospects have the type of natural talent that jumps right out at you.

Others have the type of intangibles, typically a combination of humility and work-ethic, that make you want to bet on them long-term.

Few possess both...but Jeremiah Jenkins may be the exception to that rule...and that's why he's widely considered one of the top young prospects in New England.

Jenkins is in his final year at the Fessenden School now, where he carries a 3.0 GPA, and will head to Brewster Academy next year.

"Jeremiah is an absolute winner and warrior! He can defend 94 feet, and be a pest all over on the defensive end! He is always in the passing lane and getting his hands on the ball. Offensively Jeremiah has really got better at shooting the three-ball and has a great in-between game that he has had from the beginning of his development. He is a natural born leader, and LOVES finding his teammates for kickout threes and lob dunks in transition. What stands out the most is his command of the gym. You know when Jeremiah is in the gym because he brings constant positive energy and loves to play! He has also put 8-10 pounds of muscle on his frame and more inches on his vertical. He is the best player I have coached and brings a winning mentality to everything he does!"
- Joe Saunders, Expressions Elite

Jenkins is a dynamic young guard who is mature beyond his years in more ways than one. He has tremendous pace, creativity, and playmaking ability with the ball in his hands. He has great instincts changing pace and navigating the lane, an established weapon with his pull-up game, and developoing shooting range. He's an equally impactful defender who can both harass opposing ball-handlers and create havoc away from the ball. Plus he reportedly has all the intangibles with the work-ethic, leadership ability, humility, and self-confidence.