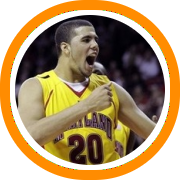 NERR contributor Cody Hatt profiles 12 college underclassmen who have taken their games from the hardwood of New England and are currently making significant contributions at various levels of the college game:

Will Barton (FR, Memphis, Brewster)-  After overcoming eligibility concerns with the NCAA that caused him to miss the Tigers’ preseason trip to the Bahamas in late August, NERR’s top-ranked player from a year ago is steadily making his presence felt in Memphis as the prolific offensive talent head coach Josh Pastner recruited him to be.  While coming off the bench in each of his team’s first seven games, the 6’6” wing is averaging 12 points in just under 25 minutes of action, to go along with four rebounds and 1.8 steals per contest.  Barton has posted over 20 points three times in his young career, including 20 in 13th-ranked Memphis’ recent victory over Arkansas State on Dec. 1, proving he has the chance to be an explosive, game-changing scorer as he continues to solidify his role in a deep Tiger rotation loaded with young talent.

Nate Lubick (FR, Georgetown, St. Mark’s)-  Despite averaging just 2.9 points and three rebounds for the Hoyas during their 8-0 start, Lubick’s tremendous work ethic and trademark toughness have made him a solid contributor for John Thompson III during his team’s recent climb into the top 10.  Averaging over 17 minutes per game and shooting 45 percent from the field, NERR’s number-two ranked player in 2010 uses his terrific mobility and polished ball-skills at 6’8” to defend multiple forward positions and be an effective facilitator from the high-post area in Georgetown’s Princeton-style offense.  At this early stage in his career, Lubick’s commitment to make unselfish, winning plays is the perfect fit for a Georgetown club featuring a group of elite, veteran players like Chris Wright and Austin Freeman, as was evidenced by his four-rebound, four-assist, two-steal performance in 20 minutes of action in the Hoya’s thrilling, overtime victory over then ninth-ranked Missouri in Kansas City on Nov. 30.

Gerard Coleman (FR, Providence, Tilton)- The 6’4”, versatile wing wasted no time in backing up his reputation as a big-time scorer in his college debut for the Friars on Nov. 13, scoring 17 points, on seven of nine shooting, in a win against Dartmouth to become the highest-scoring freshman in Providence history to begin his career as a starter.   Along with Notre Dame Prep product and former BABC teammate Ron Giplaye, Coleman, who finished 2010 ranked as NERR’s third-best prospect in the region, is one of several young players seeing significant minutes for Keno Davis.  Scoring 15 points on 7-10 shooting in the Friars recent win over Rhode Island on Dec. 4, his 10.2 points and 27.4 minutes per game rank third on the team during its current 9-1 start and earned him Big East Rookie of the Week honors in the final week of November.  If he can improve on his 24 percent shooting three-point range and 47 percent from the free-throw line, Coleman’s athleticism and creativity off the dribble should make him a constant force to be dealt with throughout the course of his rookie season.

Shabazz Napier (FR, UConn, Lawrence Academy)-  For anyone who saw the former Lawrence Academy star’s performances in the final rounds of this year’s Maui Invitational against the likes of top-10 opponents Michigan State and Kentucky, there’s no second-guessing UConn head coach Jim Calhoun’s decision to offer him a scholarship following his explosion onto the grassroots scene in the summer of 2009 and sensational senior season at Lawrence.  A member of NERR’s top-five rated prospects in 2010, Napier has been a defensive menace in the backcourt for the sixth-ranked Huskies,  consistently forcing opposing guards into turnovers and creating transition scoring opportunities off steals.  While showing flashes of his prowess as a big-time shooter against Kentucky in championship game in Maui, his ability to handle the basketball has allowed backcourt-mate Kemba Walker to slide off the ball and get free for open looks off screens and wing penetration.  Averaging just over nine points and 2.1 steals through the season’s first seven games, UConn will look for Napier to maintain his production on both ends of the floor to continue its impressive start heading into Big East play in late December.

Evan Smotrycz (FR, Michigan, New Hampton)-   Averaging 6.6 points in nearly 20 minutes per game while starting in each of Michigan’s first eight contests, Smotrycz has showed flashes of the dynamic scoring ability as a highly-skilled, face-up forward that makes him an ideal fit in head coach John Beilein’s Princeton-style offense.  With all the physical tools at 6’9” to be a consistent offensive force for the Maze and Blue, NERR’s ninth-best prospect in the region in 2010 had the best game of his young college career on Nov. 30 at Clemson, posting 18 points and six rebounds in a quality road win for the 6-2 Wolverines during ESPN’s nationally-televised coverage of the 2010 ACC/Big Ten Challenge.

Billy Baron (FR, Virginia, Worcester Academy)- Despite any lingering “what-ifs?” after seeing him turn down a chance to stay close to home and play for him at the University of Rhode Island in the Atlantic 10, Rams head Coach Jim Baron has to be extremely proud of how his son is adjusting to competition at a high-major program at Virginia.  One of six freshman seeing significant minutes for an upstart Tony Bennett squad that recently went on the road to upset then 13th-ranked Minnesota, Billy Baron began his collegiate career on fire, scoring 19 and 15 points respectively in Virginia’s opening two wins over William & Mary and South Carolina Upstate on Nov. 12 and Nov. 15.  Averaging 6.4 points on 37 percent shooting from beyond the arc in his team’s 5-3 start, Baron has been a stabilizer in his back-up point-guard role, combining his effective three-point shooting with a better-than 2:1 assist-to-turnover ratio over the Cavaliers’ first eight games.

Dominique Langston (FR, Quinnipiac, St. Thomas More)- Part of former UConn assistant and current Quinnipiac head coach Tom Moore’s impressive 2010 recruiting class that also included Marionapolis Prep (CT) big-man Ike Azotam and Trinity Catholic’s (CT) Tevin Baskin, Langston is making an immediate impact in his rookie season for the preseason NEC-favorite Bobcats.  Over his team’s 5-2 start, the Bridgeport, CT native is averaging 7.3 points and 4.3 rebounds in over 25 minutes per game, while shooting 30 percent from three-point range.  In addition to his value as a consistent dose of offense off the bench, Langston has been able to use his athleticism and size to defend multiple positions on the perimeter and slide down to the block and match-up with undersized, quick forwards.

Derek Retos (FR, Brandeis, Brimmer & May)-  If the increased size and physicality of college defenders was supposed to make it difficult for Retos to translate his pedigree as a three-point specialist to the next level,  nobody told him.  Widely-regarded as one of the premiere shooters in New England for the past several years, Retos spurned interest from schools in the Patriot League, Ivy-League, and Northeast-10 before committing to Brandeis last spring and has made an immediate impact with his dynamic, deep-range scoring ability.  During the 19th-ranked Judge’s 8-0 start, the 5’10” combo-guard is second on the team with an average of 11.1 points per contest, while shooting a phenomenal 60 percent (25-42) from behind the arc.  As opposing teams begin to make a heightened effort to chase Retos off screens and crowd him at the arc, his high basketball I.Q. and ability to put the ball on the floor should make him an extremely tough cover night-in and night-out in the UAA.

Alex Oriakhi (SO, UConn, Tilton)- After an up-and-down freshman campaign with the Huskies in which he displayed flashes of the potential that led to him being named a 2009 McDonald’s All-American in his senior season at Tilton, Oriakhi has quickly established himself as a dominant, physical force on the interior in his second season in Storrs.  The Lowell, Mass. native , and NERR’s top-ranked player in the region in 2009, was a man among boys during UConn’s impressive run to the title at this year’s Maui Invitational, collecting 17 rebounds in the semi-finals against Michigan State and posting 18 points and 11 boards in the title game against Kentucky to punctuate his place on the all-tournament team.  Combining his trademark toughness and athleticism with a steady-developing offensive skill-set, Oriakhi currently ranks second on the Huskies with an average of 12.1 points per game on 59 percent shooting from the floor, while leading the team with 10.6 rebounds and three blocks per contest in its recent ascent into top-10 ranked teams in America.

Erik Murphy, (SO, Florida, St. Mark’s)- After seeing action in 33 games for the Gators during his freshman year and shooting 60 percent from the floor, NERR’s number-two ranked prospect in 2009 has established himself as an integral part of head coach Billy Donovan’s rotation in his second season in Gainesville.  The 6’10”, super-skilled forward is averaging 7.3 points on 58 percent shooting from the floor during his team’s  6-2 start, including a 10-point, six-rebound performance in a 55-51 road victory over Florida State on Nov. 28. Valued more for his efficiency than physicality inside, Murphy’s versatility and high basketball I.Q. in the post, along his ability to step-out and stretch the defense by knocking down perimeter shots, should create favorable match-ups in certain line-ups for the Gators as they look to challenge the likes of Kentucky and Tennessee for the top spot in this year’s SEC East.

Mike Marra (SO, Louisville, Northfield Mount Hermon)- While showing flashes of the explosive athleticism and knock-down perimeter shooting ability in his freshman year at Louisville that made him an integral part of Rick Pitino’s 2009 recruiting class, Marra has returned for his sophomore season with an improved brand of consistency for the Cardinals.  Averaging over 28 minutes per game as a starter during his team’s 6-0 start, the Smithfield, RI native and former top-five NERR prospect is averaging 13 points and four assists, to go along with a team-best 17 made three-point field goals.   Scoring a career-high 23 points with five three-pointers in a win over South Alabama on Dec. 4, the 6’5” Marra has the size and bounce on the wing to get free for clean perimeter looks and finish with flare in transition, and if he can maintain a solid percentage from the floor with patience and good shot-selection, he could be poised for a breakout sophomore season in Pitino’s up-tempo, perimeter-oriented system that is currently averaging nearly 25 three-point attempts per game.

Jordan Williams (SO,  Maryland, Torrington)-  Coming into the 2010-11 season trimmed-down and more explosive around the rim, Williams has emerged as an absolute beast inside for the Terrapins.  After earning 2010 ACC All-Freshman honors in his rookie season, the former Torrington High (CT) star, who joined Marra as a top-five NERR prospect in 2009, is currently leading his team in points (17.1), rebounds (11.7), and minutes played (31.3), while shooting a blistering 57 percent from the floor. While recording a double-double in six of his team’s first eight games en route to being named ACC Player-of-the-Week for the first time in his career, the 6’10”, wide-body will need to improve on his current 53 percent mark from the free-throw line and continue to use his passion and tenacity in the paint to remain productive against the variety of double-teams he is sure to face throughout conference play.