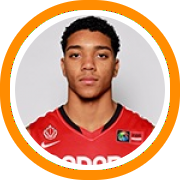 The New England Recruiting Report continues to announce our post-summer rankings with the release of 2016 rankings, not just in all six states but also New England as a whole.

The first two are easy to identify as Mustapha Heron and Bruce Brown have both separated themselves over the course of the past year.  MacDuffie big man Jordy Tshimanga solidified himself in the third spot by dropping 40 pounds this summer and returning to New England with a brand new body but the same imposing presence on the block.

The next five to eight spots literally couldn’t be any closer.  On one hand you have guys with undeniable high-major talent and big upside like K.J. Santos and Terrell Brown while on the other you have guys like Tyrique Jones and A.J. Brodeur who did nothing but produce all summer long.  Somewhere between the two categories is Wenyen Gabriel, the long late blooming skilled forward from New Hampshire, who started to come on this summer but still has his best basketball in front of him.

Mamadou Diarra is apparently the sleeper of the group.  He was a one man wrecking crew in the paint all year long but has yet to ping that high-major radar.  Saul Phiri saw his recruitment take off this summer while Arkel Ager-Lamar just landed his first high-major offer.

While there is a lot of size atop the class there’s also a collection of talented guards with the likes of Ian Sistare, Ikenna Ndugba, Donovan Love, and Kellan Grady while recent risers like Kendrick Gray, Mark Gasperini, Andrew Fleming, James Foye, and Wabissa Bede are all included among the top 30 as well.

Of course, newly arrived prep products are not yet eligible for post-summer rankings and so this list is bound to look a lot different once Omari Spellman, Unique McLean, Eddie Ekiyor, and others are added.

The New England Recruiting Report will continue to update new rankings, beginning in the class of 2017, following this weekend’s Elite 75 Showcase – Frosh/Soph Edition.