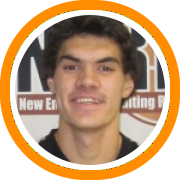 Former BABC teammates Nerlens Noel and Michael Carter-Williams were both selected in the lottery of last night’s 2013 NBA Draft.

Noel, who was projected by many to be the first pick in the draft, slipped down to the 6th pick, where he was initially selected by the New Orleans Pelicans, but then immediately dealt to the Phoenix 76’ers for Jrue Holliday.

The 76’ers returned to the podium just five picks later for their own lottery pick, and made St. Andrew’s alum MCW the 11th overall pick of the 2013 draft.  The picks reunite two former AAU teammates who won multiple championships with the Boston Amateur Basketball Club.

As for the 76’ers, they also held the rights to Rhode Island native, Ricky Ledo, albeit ever so briefly after the former South Kent and Expressions Elite star was initially selected by the Bucks with the 43rd pick and then moved through Philadelphia and Atlanta en route to the Mavericks.

Another Rhode Island native, former St. Mark’s and New England Playaz star Erik Murphy would hear his name called moments later when the Bulls selected him with the 49th pick.

Alex Oriakhi became the sixth and final New England prep product to be selected in the 2013 NBA Draft when Phoenix scooped up the former Tilton and BABC star with the 57th overall pick.

Another former BABC star, and one time Cushing Academy point guard, Phil Pressey, went undrafted by signed a free agent contract with the Celtics shortly after the draft concluded.