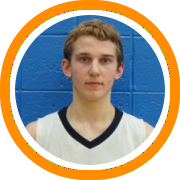 Distributing the ball at a high rate, knocking down outside jumpers, and penetrating Choate’s defense to feed his big men for easy looks ultimately led to MVP honors for Bucknell-bound point guard Ryan Frazier. One of the highest profile sophomores in the country, 6’8 forward Chris McCullough was an imposing presence down low for Salisbury.

McCullough finished with 26 points in all, showing off  his true skillset by flying up the court for a breakaway dunk and knocking down a contested three-pointer on consecutive possessions mid-way through the 2nd half to put Salisbury up 20. Salisbury led this one the whole way, but Choate certainly never made it easy on them, fighting tooth-and-nail until the final buzzer sounded.

Future Boston University-guard John Papale led Choate in scoring with 23 points, including a big three with a minute and a half to go, followed by a steal and lay-in by Kyle Nolan, to bring Choate to within eight with about a minute left, the closest deficit of the second half.

Brandon Hedley added 13 for Salisbury, including several big three-pointers, while Pete Weston had 16 for Choate.

Watching Kaleb Tarczewski take on Nerlens Noel was the obvious draw for fans attending this game, which would explain the standing-room only crowd at Endicott for the NEPSAC AA final. Despite the pre-game hype, future Michigan guard Nikolas Stauskas (game MVP) stole the show for St. Mark’s.

Stauskas is renowned across the country for his lights-out shooting and ability to use his explosiveness to get to the rim, all of which he displayed today, but he also made his mark defensively with several key blocks and steals.

Jaymie Spears came out of the gates sprinting for St. Mark’s today. Spears had a phenomenal first half in which he beat any and all defenders to the rim off the dribble, nailed outside jumpers, knocked down shots off the dribble and off of step-backs, and was the catalyst on the perimeter for a St. Mark’s team that held Tilton to 16 first half points.

Georges Niang led Tilton’s struggling offense with 19 points. Georges has a strong outside shot for a power forward, but spent a lot of his time on the perimeter today without the presence of Wayne Selden (injury), and his production may have dipped a little bit because of that-especially on the glass.

Eli Lubick also had a huge game for St. Mark’s, finishing with 12 points in all while showing off his standout three-point jumper and efficient drive and kick game.

NMH’s Spike Albrecht and STM’s Rodney Sanders each scored 23 points in what was a second half thriller, ultimately ending in the Hoggers’ first class AAA title in school history and Albrecht picking up MVP honors.

Sanders was deadly from behind the arc with four three-pointers, but he also showed a quick step and the upper body strength that it takes to finish at the rim against NMH’s tall, long defenders.

Albrecht played with tenacity at the guard position that ultimately helped decide the game late in the second half. NMH has so many big skilled players who stood out today: Evan Cummins, Pete Miller, and Ethan ODay (who looks more and more like a steal for Vermont every time he plays), but Albrecht demanded so much attention from St. Thomas More’s defense that he was able to give his big men some space to produce.

Cummins, though he struggled from the field today, also demanded a similar respect from St. Thomas More’s defense because of his combination of perimeter skill and explosiveness for a forward. Miller was able to come in off the bench and give NMH a similar presence to what Cummins gave, and O’Day was his usual highly-efficient self and used his never-ending array of head fakes and post moves to finish the game with 16 points.