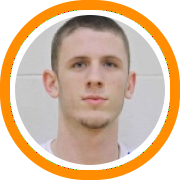 The NEPSAC finals at Endicott College have historically been among the single most exciting days of New England basketball each year.  The 2014 rendition was no different as all three games proved to be both highly competitive and entertaining.  Ironically, when it was all said and done, 2014 proved to be a carbon copy of the previous year as Phillips Exeter Academy, Cushing Academy, and Brewster Academy all captured their second consecutive championship.

Hotchkiss opened the game on a 9-2 run while Exeter started with some uncharacteristically poor shooting, but that wouldn’t last as the defending champions began to hit from the outside while simultaneously controlling the glass to take a 24-22 lead into halftime.

The lead grew in the second half as Exeter continued to do an excellent defensive job on Hotchkiss’ Yale bound point guard Makai Mason, who scored six points in the first half.  After being relatively quiet for the first 29 minutes of the game, Mason got going late when his team needed him the most.  He hit back to back threes to cut Exeter’s lead to 3, and converted a pair of free-throws after Exeter got one back at the other end.  Then, with just 10 seconds left, he found Noah Daoust for a three that would knot the game at 46.

Without calling a timeout, Exeter put the ball in post-graduate point guard Jeb Helmers’ hands, entrusting him with the game’s final possession.  It turned out to be a terrific decision as Helmers rose up and knocked down a three of his own with 2.5 seconds left for what would be the game winner.

For his heroics, Helmers was named MVP.  He finished with 10 points while J.D. Slajchert added 11 along with a handful of tough rebounds.  Mason led Hotchkiss with 16 while Daoust had 11.

A fast paced first half saw Cushing hold a slim advantage throughout the first 18 minutes.  Jalen Adams made a couple of dynamic plays in the open floor while Kaleb Joseph had 9 early points along with a handful of assists, but Idris Taqqee was the unexpected star of the first half, heading into the locker room with 16 points while getting his buckets in all three ranges.  Cushing was able to hold Abdul-Malik Abu to just four first half points, but Crew Ainge and Duby Maduegbunam stepped up for a combined 19 before intermission.

With KUA cutting the lead to 4, Joseph took over down the stretch, combining a couple of his trademark pull-ups with tough drives while Connor Gilmore also made a couple of timely shots.  Joseph would go on to score a game high 25 while Taqqee and Adams finished with 20 and 16 respectively.  Abu (16), Brent (14), Maduegbunam (13), and Ainge (11) finished in double figures for KUA.

The third seeded Huskies made it clear from the opening tip that they were here to play, starting the game with a 9-0 and controlling the action for the majority of the first 20 minutes.  Unsigned senior Elijah Bryant couldn’t have been much better in the first half, scoring 16 points while also taking care of the ball from the point guard position, but of course Brewster was just too talented to not make a run, and that spurt came at the hands of Devonte Graham and Max Twyman, who cut the deficit to four heading into the locker room.

If the first half belonged to Bryant for New Hampton, the second half was Tory Miller time as the Huskies began to pound it inside to their center with terrific results as he finished with 14 points.  Junior forward Tyler Lydon was impressive for New Hampton as well and has undoubtedly made huge strides since the beginning of the season.

Jared Terrell was a second half sparkplug for Brewster, attacking the rim with reckless abandon and throwing down two huge dunks to spark the crowd, while also making a number of key plays on the defensive end, none of which was bigger than a steal in the last 30 seconds of the game that came when New Hampton was looking for a potential three-pointer to tie the game.

Terrell and Graham both finished with 14 and 15 points respectively for Brewster while junior guard Donovan Mitchell earned MVP honors with 15 after icing the game at the free-throw line in the final minute.  Bryant and Miller led the way for New Hampton with 18 and 14 respectively while Lydon and Mike Leblanc each had 10.