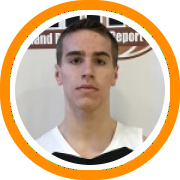 With the prep school season now almost a month old, we’re starting to get a better idea of how things make stack up in Class AA of the NEPSAC.

Vermont Academy are both the defending champions as well as the favorite to repeat but they've been bit by the injury bug to start the year with Christian David, Bailey Patella and Sebastijan Skoko all missing time.

Tilton has lived up to our pre-season billing as a top contender to Vermont's chances of a repeat and have opened the season with wins over both NTSI as well as Northfield Mount Hermon. Cushing Academy has been equally impressive, relying on their backcourt of Wabissa Bede and David Duke, to lead them to a pair of AAA wins over South Kent and New Hampton respectively.

Together that trio looks like the core of Class AA, at least so far, but there are plenty of others that could join them. Cheshire Academy hit a little bump in the road this weekend against Blair Academy but are nonetheless poised to make a run come post-season time with Rich Kelly’s emergence and of course Chol Marial in the middle. St. Andrew’s is similar in that they’ve suffered a couple of early losses but have ample fire power to compete with the best in the league thanks to Cole Swider, Paul Newman, Keyshaad Dixon and Brycen Goodine.

If there’s another team that is poised to join the favorites before it is all said and done it might very well be Proctor Academy. Their senior trio of Geo Baker, Tshiefu Ngalukulondi and Caleb Green provides star power and continuity alike after playing together on the AAU circuit with D.C. Blue Devils while underclassmen Darion Jordan-Thomas and Bol Akot provide a burst of youthful energy. Proctor won this weekend’s Blackburn Invitational at Worcester Academy and, if they can stay healthy, are capable of beating anyone on any given night.

Worcester and MacDuffie are both young, but highly talented, and so they’re both teams that no one wants to play right now but are built more for championship runs in future years. Gould Academy has proven they’ll be in the thick of things in their first year in AA – with early season wins over Holderness, Master’s and Lee Academy.

But with only eight play-off spots up for grabs, this season is bound to be as competitive as ever. Here’s a look at who else may contend for a bid:

Holderness – Woody Kampmann’s club was neck and neck with Cheshire for all 36 minutes over the weekend and that wasn’t a huge surprise as they have a core that can play with anyone. Sukhmail Mathon, who is committed to BU, is one of the best big man in the league while Daniel Cabassa might be one of AA’s most undervalued players. Philmon Gebrewhit is blossoming into a true go-to scorer in the backcourt while fellow junior Mitch Orosz has played a key role from day one as well.

Kimball Union – A deep KUA team, with a solid core of young talent, should be poised to both continue emerging throughout the course of the season and then for an even better 2017-2018 campaign. Duje Rada and Spencer cline give them a talented interior tandem, with the sophomore duo of Ray Wilson and Will Engelhardt waiting in the wings. Eze Dike and Jordan Huntley are both scholarship level point guards while Ugnius Zilinskas, Noah Lack and Trent Noordsij give them weapons on the wings.

Lawrence Academy – There is a solid veteran foundation in place with the likes of Sherron Harris and Matt Glassman in the senior class, but the season will rely largely on a highly talented junior class’ ability to make both consistent and significant contributions. Martin Mann, Maurice Works, Joey Luchetti and Travell Washington lead that group and should be ready to put their collective stamp on the program after all seeing big minutes last year as sophomores.

Wilbraham & Monson – The post Wenyen Gabriel era has begun at WMA and it is a bit of a transition year as you would expect. Miles Lester, Dakota Wheeler and Brycen Harris (when he returns from injury) provide a senior core that was been supplemented by the arrival of forward Enike Anyia. But there is a talented base of young talent that gives the program a bright future with junior guard Chris Childs and sophomore guard Idan Tretout.

Master’s – The ascension of sophomore guard Ben Eke combined with the arrival of junior big man Nadir Dixon-Thompson gives them a very solid inside-out tandem to build their future around. This season, the arrival of a number of local post-graduates, most notably M.J. Richardson and Rayon Christie, will help to bridge the gap and make them competitive on a nightly basis.

Brimmer & May – The Gators may not have the depth to be the in the mix of the post-season hunt but what they do have is one of the league’s top talents surrounded by a very solid three-man supporting cast. A.J. Reeves has put up some huge numbers to start the season while the point guard tandem of Juquan Mills and Jimmy Yfantopulos provides energy and playmaking on both ends of the floor. Stone McLaren holds down the interior for the Gators and is another who is improving at a rapid rate.