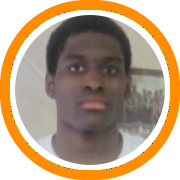 Game #1 - #1 Brewster Academy moved to 30-0 on the season with a 96-71 win over #8 Winchendon.  T.J. Warren led the way for the Brew Crew with 34 points while Aaron Thomas had 18, Semaj Christon had 13, and Jakarr Sampson had a dozen, while for the Green Waves, Tevin Falzon led the way with 24.  The Bobcats move on to the Semifinals where they'll face Northfield Mount Hermon tomorrow at 6:00pm.

Game #2 - The second game of the day saw #4 Northfield Mount Hermon defeat #5 Bridgton Academy by a score of 72-61 behind 23 points and 10 rebounds from Ethan O'Day, 15 points, 12 rebounds, and 6 assists from Anthony Dallier, and 12 points, 6 assists, and 4 rebounds from Spike Albrecht.  The Hoggers advance to tomorrow's Semifinals; where they'll face America's top-ranked ball-club in Brewster Academy.

Game #3 - After facing a 16-point halftime deficit, #3 New Hampton roared back in the second half to squeak out a 70-69 win over #6 South Kent.  The Huskies were led by 19 points from Zach Auguste, 18 points from Jared Terrell, 11 points from Olivier Hanlan, and 10 points and the winning free throw from Noah Vonleh.  Meanwhile, in what turned out to be the last game of his prep career, Ricardo Ledo went out with a bang, dropping an electric 39 points in the narrowest of defeats.

Game #4 - In the night-cap, #2 St Thomas More took out #7 Maine Central Institute by a score of 85-68 behind 16 points and 16 boards from Ky Howard, 21 points from Rodney Sanders, and 18 points from A.J. English.   The Chancellors will square off against New Hampton tomorrow night at 8pm in the Semifinals.  The two clubs split two games during the regular season with each team successfully defending their own gym.