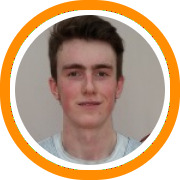 The New England Recruiting Report staff will be out in full fource throughout the weekend, providing continuous coverage of all three high school aged divisions.  This blog will focus exclusively on the 10th grade division.  Please be sure to check back throughout the course of the day for new information:

• Despite struggling with his perimeter shooting, Larry Codio still scored 19 points to lead Wolfpack Reale I to a 60-52 win against EVO2. Codio used his speed and quickness to attack the rim from both sides, and showed a knack for cutting through the defense when without the ball. Whenever his teammates found him, Codio was able to score some nifty buckets around and under larger opponents. EVO2’s Mustafa Brooks had 14 points and was equally impressive getting into the paint.

• Led by point guard Jordan Pettway, Stamford Peace defeated Boston Spartans by a score of 65-45. Pettway finished with 23 points, 5 assists and 5 steals. Also for Stamford, big man Jalen Latta finished with a double-double by going for 12 points and 10 rebounds.

• Aidan Maloney, a freshman at Conard High in West Hartford, who was playing up with GHPA, was the best player on the court. In addition to scoring a team-high 17 points in its 50-29 win versus Wolfpack Reale I, Maloney also facilitated for his teammates. Maloney connected on a couple deep 3-pointers and also had two old-fashion three-point plays.

• VBC Premier pulled out a 45-43 win over the Jackets behind some big baskets in the final minutes from Brandon Whitten. The swingman moved well without the ball and showed a quick release and nice touch from inside 10 feet.

• NE Jump captured a W against the pesky Mass Saves in a 10th grade matchup. NEJ was led by their backcourt of Alex Bursch and Matt Fenderson. Both hit a number a shots from deep while also making some very nice passes.

• Black Bear North came out on top in very close and physical game against Mike's Dog. For BBN, guard Jay Chen played an efficient game, and always seemed to make the big play.

• The Worcester Sting was able to pick up an impressive win over the New Hampshire Fire in the 10th American division as Otis Whaler led the way. Whaler was able to hit some deep three pointers as well as get to the rim using his athleticism. New Hampshire Fire put out a valiant effort as they were led by big man Zach Matos.

• On back-to-back possessions, GHPA’s Marquise Brown finished off an open court dunk and then drained a 3-pointer as the trailer on a fastbreak. His complete offensive repertoire was on display all afternoon in what was a 56-50 win over USAD. Brown never forced his opportunities and consistently took what the defense gave him; an approach which kept his turnover total low given his volume of touches.

•Expressions’ Jordan Scurry had a good day for himself by playing extremely hard and unselfish basketball. A well built wing, Scurry is an athlete who can guard multiple positions and make timely baskets when called upon.

•Ben Bossuet is an up-and-coming player for the MABC. A gifted player physically and athletically, Bossuet continues to improve with each weekend that we see him.

• Point guard Vish Vesh was everywhere for VBC Premier as he helped orchestrate a 46-30 victory over CT Northstars. The Andover, Mass. product controlled the pace, repeatedly broke the opponent’s press with his dribble, hit a number of driving runners and deep two-pointers, and found his teammates streaking up court for transition scoring opportunities.

• The young CT Hoopstars earned another victory in the 10th grade Division over BV Chaos Donovan. Guard Bradford Landry hit a huge shot in the closing seconds for the Hoopstars to seal the W.

• Team SCAN rolled to 78-27 victory in their first game of the day. While it was a true team effort, Tremont Waters once again stood out with his outstanding play from the point guard position. Waters has a poise about him on the court that is well beyond his years and if you combine that with his ability to knock down shots in high volume, you can begin see why he is such a highly touted prospect.

• Expressions edged out Albany City Rocks in a nail bitter between two high level 9th grade teams. Azar Swain did an excellent job of running the point for Expressions, where he used his strength to get into the paint. For the City Rocks, Kobe Lufkin's full offensive arsenal was on display, hitting a number of deep threes while also attacking the rim.

• KeAndre Fair was great for CBC in a run-away victory this afternoon. Fair has great instincts and did a good job getting into the paint and making things happen. He can create for himself and his teammates effectively, and his skill set was on full display today.

• Connor Moore was impressive on the offensive end in MBR’s victory over the Boston Spartans. Moore is a flat out shot maker who hit multiple three’s and also mixed in a number of easy field goals around the rim in the afternoon game.

• Joshua Williams was impressive for the Boston Spartans even in defeat. Using his big frame and athleticism, Williams was able to overpower smaller defenders around the basket and ended up having an efficient 15 points against MBR.

• Maine Elite Basketball Club (MEBC) was able to capture a pair of wins, and a big reason for that was the play of big man Harris Cayn. While MEBC’s success was certainly the product of an all-around great team effort, Cayn was the much needed force in the middle of the paint.

• Kwe Askew of the Stamford Peace 16u team is an intriguing prospect due to his size and length. Protected the rim well in his team’s 49-39 win over the NE Storm, and was effective around the hoop offensively.

• The NE Storm's 16u big man Ian Carmichael was great today. At 6’7” with long arms, Carmichael did a good job altering a number of shots on defense, and has a soft touch on offense.

• Brandon Radford, of NH Flight Basketball, had a very good day for himself and was his team’s most consistent player. An inside-out big, Radford showed a good skill set to go along with a knack for playing hard.

• BV Chaos won handily against Mass Elite as Greg Fernando used his long and athletic frame to get out in transition and attack the rim while also mixing in a couple of jumpers and rebounding well.  Joe Papa anchored the interior for the Chaos, patrolling block to block and changing ends well, while Tyler Carrier led Mass Elite with his quickness and high activity level on both ends.

• In one of the best games of the morning, Metro Boston won a hard fought battle against Metro Heat 57-54. The spark plug for Metro Boston was combo-guard Liam Harris who hit 5 three’s and made some key plays both offensively and defensively down the stretch to seal the win.

• In the tough loss to Metro Boston, Terrel Williams, of Metro Heat, was impressive with a number of difficult finishes at the rim. Long, athletic, and skilled, Williams would not let his squad go away quietly and almost was able to carry them to victory.

• The Mass Crusaders suffered a tough set back to the Middlesex Magic, 58-46, but the silver lining was the play of their very talented combo-guard Tom Jacobs. Jacobs is a very smooth player who never seems rushed and makes a living in the paint. He’s crafty with the dribble and creates well for his teammates, but also has the ability to take and make difficult shots.