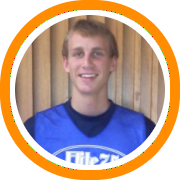 Alex Murphy was one of 24 players selected from around the country for the prestigious Boost Mobile Elite 24 game.

Because the game is not directly sponsored by either Nike or Adidas, selection to the Boost Mobile game is particularly impressive because the committee has the rare ability to draw from any program, regardless of sneaker affiliation.

Murphy was the sole New England player selected after Andre Drummond declined his invitation, as he did with both the Nike Global Challenge and Adidas Nations.

After having previously been held in New York, this year’s game will move to the west coast and Los Angeles’ Venice Beach where it will take place on Friday, August 27 and Saturday, August 28.  The event will consist of a dunk competition on Friday night at 8 p.m. EDT and the game itself on Saturday at 7:30 p.m. EDT.  Both will be televised live on ESPNU.

Alex follows in the footsteps of his older brother, Erik Murphy, who played in the 2008 game at Rucker Park featuring John Wall, Derrick Favors, Brandon Knight, and others.