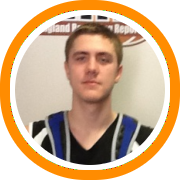 The beginning of the high school basketball season is less than 48 hours away in the state of Maine and so it is time for the New England Recruiting Report’s annual preview.  Here’s a look at what to expect in the four different classes of the Maine Principal’s Association:

Deering returns the senior tandem of Labson Abwoch and Thiwat Thiwat and so they will be a threat to repeat in Class A, but their road back to the finals will not be an easy one as they’ll have their hands full trying to play their way out of a deep and talented western region.

Portland will have as much firepower as anyone in the state beginning with their dynamic backcourt combination of Justin Zukowski and Jayvon Pitts-Young.  Fellow junior Matt Talbot will anchor the team in the paint while sophomore swingman Garang Majok should also make big contributions.

Bonney Eagle may be even more dangerous in the backcourt, led by their star junior Dustin Cole at the point.  Cole will be aided by another talented junior guard, Cole Libby, as well as sophomore sensation Ben Malloy.

South Portland could be on the verge of a big season behind the senior tandem of Tanner Hyland and Ben Burkey while Thornton Academy will also be dangerous with the junior tandem of Reuben Moses and Quinn Newton in addition to senior guard Adam Ek.

Cheverus is also lurking out west, and regardless how much talent they lost from last year’s team, they certainly aren’t a program that can be over-looked.

The east will be headlined by Hampden Academy and their star junior forward Zach Gilpin, who hopes to lead them back to the state finals this season.  Their top competition could come from Edward Little, a program that has a pair of talented wingman to lead their attack in senior Quinn Leary and junior Nate Alexander.  Lewiston is another team capable of making some noise behind power senior guard Donnie Aggosou while Bangor can’t be overlooked behind as former University of Maine assistant coach Ed Kohtala takes over the program.  Lawrence is another program capable of making a run.

The defending state champions Yarmouth come from the western half of the state where they knocked off a Falmouth team in last year’s regional final, that appears to be a program on the rise behind sophomore swingman Jack Simonds.  Cape Elizabeth is another program trending upwards with the presence of freshman Justin Guerette.

The west can also be known as the Land of Giants in Class B as York will be a threat behind senior big man Aaron Todd, as will Greely behind junior big man Mike McDevitt, one of the top overall prospects in the state association.  Maranacook will also be a team with an interior advantage thanks to senior Kyle Boucher.

In the east, Gardiner will certainly hope to repeat as the regional champions but they’ll have plenty of competition from a very deep field.  Will Cartwright and Andrew Cartwright give Nokomis terrific size along their frontline while John Murray and Medomak Valley hope to improve upon their run to last year’s regional semi-final.  Oceanside has another frontcourt product, Tyler Gilson, who is also capable of doing damage.

Hermon could be improved this year behind junior guard Tyler Thayer while Winslow and Caribou both have bright futures behind two of the better sophomores in the state in Nason Lanphier and Dayne Savage.

Dirigo and Lee met in last year’s state championship game, but this year both Penquis Valley and Holton look like strong contenders in the east.  Isaiah Bess could be on the verge of a breakout season for Penquis Valley, after showing steady signs of his potential last spring and summer on the AAU circuit.  He’ll have a quality running mate at P.V. in Trevor Lyford as well.   Houlton is led by one of the best sophomores in the state in Kyle Bouchard.

The smart money is on Jonesport-Beals to repeat in Class D.  Not only do they return the best player in the state, Garet Beal, from a team that won last year’s state championship by 38 points, but there are a host of other upperclassmen back as well.  JB’s top competition could come from the likes of Katahdin, who returns senior big man Colton Bivinghouse, or Washburn who will be led by senior guard Mitch Worcester once again.