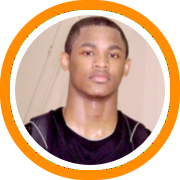 Theitem.com is reporting that Hotchkiss School’s Jason Morris will make his second visit to Clemson’s campus this weekend to watch the football team’s season opening game against Middle Tennessee.

Morris previously visited the ACC school’s campus with his father early in the month of August.  During that unofficial visit Morris played pick-up with some of Clemson’s players before having dinner with members of the team.

Morris is an incredible athlete who is able to make some amazing plays above the rim in the open floor, and so he could potentially be a tremendous fit in head coach Oliver Purnell’s transition system.

In addition to Clemson, Morris is reportedly also considering Stanford and Georgia Tech as well as Miami, Auburn, Oklahoma State, and Georgia.

The six-foot-give swingman is originally from Auburn, Georgia but has spent his entire high school career in Connecticut where he has starred at the Hotchkiss School.

This summer he was selected to play in both the NBA Players Association Camp as well as the Lebron James Skills Academy before spending the rest of July running with the New York Gauchos.