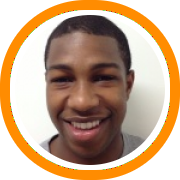 Farmington High School forward Obi Momah made a verbal commitment to Marist on Friday, according to a source close to the situation.

The six-foot-seven power forward ran with the Connecticut Basketball Club this summer and came out of the July evaluation period earning division I offers from schools in the MAAC, America East, and Ivy Conferences.

He visited Marist’s campus in the first week of October, along with Salisbury guard K.J. Lee, who committed shortly afterward.

Bower is in his first season at the helm of the Red Foxes program after having spent the past 15 years working for the Charlotte/New Orleans Hornets in a variety of capacities ranging from General Manager to Head Coach.

In Momah, Bower has landed a powerful and versatile four-man who has improved at a rapid rate in recent years, both increasing his explosiveness and productivity around the rim as well as developing his skills away from the basket.  Most importantly, he’s a college ready rebounder who should be able to make an immediate contribution on the glass next season.

Below are some of the highlights from his junior season at Farmington High School: