Millbrook poised for big things this season and beyond 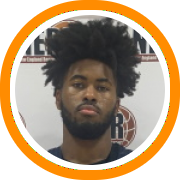 The Millbrook School enters the winter break with a 4-1 record including wins over Salisbury, Brunswick, Pomfret, and Avon Old Farms.

The program is adjusting to life without Nick Benton, Seth Caslin, and Charlie Weisberg, but they’ve both added new faces and seen returning ones take steps forward, all while continuing to distinguish themselves with the quality of the coaching under Billy Thom and his staff and the level of preparation that they arm their players with.

Nate Denham and Sharif Nelson are both back in the senior class while the arrival of Joel Emanuel provides another formidable weapon.

Denham, who has applied early decision to Emory University, is a strong and versatile 6-foot-5 wing. He plays with a high-motor, is an effective athlete off two-feet, and has a basketball I.Q. to match.

Nelson is a power, playmaking guard. He has lots of moves with the ball in his hands, can play through contact, and provide a burst of offense from the perimeter.

Emanuel was the player that stood out at the recent Scholar Roundball Classic. The 6-foot-7 forward was extremely bouncy around the rim, a capable shooter, and very proficient at driving opposing frontcourt defenders in straight lines. He has a scholarship offer on the table and appears poised to attract more attention from a variety of schools at the next level.

The class of 2023 is shaping up to be a special group for the program, with a handful of players who have all come up the ranks since arriving as underclassmen.
Lucius Gibson-Savadel is one of the best long-term prospects on the team. He has a phenomenal combination of size and strength inside with a frame that appears to be college-ready right now. He’s also making consistent strides and improving his game at a very steady rate while maintaining the academics to attract suitors from the Ivy and Patriot Leagues.

Point guard Liam Kennelly is a coach on the floor. You’re just not going to find many more players who are as consistently engaged, locked in to what the team is trying to accomplish, and providing energy and leadership on a daily basis. He too is a top-notch student and attracting attention from various academic leagues.

Ethan Madeiros is a 6-foot-5 forward who is getting better with each passing month as well. He defends, rebounds, continues to build up his body, is a capable shooter, and able to plug a variety of different roles. Campbell Thomas provides a reliable spot-up shooter to the rotation while Alex Neuman is another academic small-college prospect. Even Chris Diaz, who is committed to Tulane for baseball, is capable of playing meaningful minutes.

There is plenty of up-and-coming talent in the underclassmen ranks as well. Gavin Sommers is an intriguing guard in the sophomore class that is only just beginning to grow into his body but shows clear potential with his length, instincts, and feel for the game. Mark Ostad is another skilled guard and shot-maker in that 2024 class.

Freshman Zoumana Traore is probably the best long-term prospect on the team with the type of long and wiry build that you just can’t teach, good hands, solid touch to develop, and early markings of being a legit big wing down the road. Andre Widmer is another freshman who is already capable of cutting his teeth with the varsity squad and should be a big part of the program’s future.

In total, the Millbrook School doesn’t have a basketball team…they now have a true program. One that is guided by quality teaching and building block principles on an annual basis, that has depth and continuity, as most players on the roster arrive as underclassmen and grow into more substantial roles as they become upperclassmen.

When you have those things, winning takes care of itself…that’s what we’ve seen so far this season and what we expect again in January.