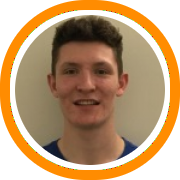 The Middlesex Magic 17u Crotty went 7-0 and captured the championship at the 100+ team field at the Hoop Group Pittsburgh JamFest. The team grinded through 7 tough opponents, showing their depth of talent and team play throughout the tournament. In the championship game victory over Jersey Force, Thomas Shaughnessy led the team with a virtuoso performance, scoring 38 points, and being named the tournament’s MVP in the process.

The six-foot floor general capped terrific back-to-back weekends by averaging 21 points and 6 assists throughout the weekend. His 38 point performance in the finals included 8 three-pointers. His recruitment picked up accordingly as well with Quinnipiac, Brown, American, and Army becoming the latest schools to offer.

Joining Shaughnessy in the backcourt were Salisbury’s Bryce Daley and Rivers’ Tyler Aronson. The 6-foot-3 Daley picked up interest from both the division I and II levels and was credited for consistently getting into the lane, knocking down pull-ups, and impacting the game defensively. The 6-foot-1 Aronson, a true combo-guard, was showing off his athleticism to attack the rim throughout the weekend as well while building a reputation for himself as a lock-down defender.

Another defensive standout was Brooks’ wing Brian Wright-Kinsey. A “defensive do-it-all” according to Coach Crotty, Wright-Kinsey guarded the premier perimeter player on the opposing team every game and still averaged 8.5 points while providing a boost of three-point shooting. He hit a critical three with under a minute to go in the semi-final win Team Price that gave the Magic the lead for the final time and turned out to be the game winner.

Up front the Magic continued to be led by the trio of Justin Connolly, Patrick Harding, and Tommy ONeil. Connolly was a bit of an unsung hero as he averaged a double-double during the championship run while also anchoring the team’s defensive with both blocked shots and charges alike. He blocked a total of 12 shots in the final three games of the tournament and took 9 charges over the course of the weekend. College coaches from all levels have shown interest in Connolly according to Crotty.

Harding, who already holds division I offers to his name, also averaged a double-double with 11 points and 13 rebounds throughout the weekend while showing off his versatile offensive tools for a player his size. Heading into his post-graduate year, the progression of Harding’s work on the glass has also been something that college coaches have noticed this month.

The Magic’s top rebounder though continues to be O’Neil, who notched 11 points and 12 rebounds in the championship game. He was not only a constant force on the glass but also his typical inside-out scoring threat while showing a now quality motor for 30 minutes per game.

This was the Magic’s second major championship of the grassroots season after winning the Northeast Hoops Festival to begin the month.