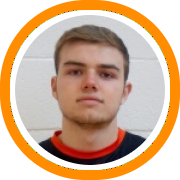 Updated mid-season rankings are now being released and expanded to include all first year prep products in the class of 2019.

We'll go through all six states and break down their top prospects, most notable stock-risers, and new names to know this season. Up first is Vermont, a state that has a rich basketball tradition but nonetheless relies on its only prep power to produce most of its top prospects for the college level.

In order to fully understand rankings, and keep them in the proper perspective, please see the recent RealTalk article about ranking and evaluating prospects.

Post-graduate forward Tommy ONeil is the top ranked prospect in the state and unlikely to be challenged unless something unforeseen happens in the next few months. The lefty forward had a huge summer for the Middlesex Magic, played his way into offers all the way up to the Atlantic 10 level, and ultimately committed to Harvard. The St. John's Prep alum has continued to be productive since joining the prep ranks. At Harvard, he'll join what is annually one of the Ivy League's most talented rosters. His motor, toughness, and versatility will all translate and as he continues to extend his shooting range and become a more consistent floor-spacer, without sacrificing his efficiency, he'll have a better chance of cracking the rotation sooner rather than later.

Another VA post-graduate and former MIAA product, Travis Evee, has brought his game to new levels this winter. Evee has not only made noticeable strides with his frame and body but also been much more efficient with his floor game. He's always been a threat both off the dribble as well as from behind the arc, but now he's picking his spots better, not wasting dribbles, and making plays within the flow of the offense. As a result, his ranking has risen and so too should his recruitment.

Tripp McEachern and Andrew Lynch, two other VA post-graduates are the only new names to the rankings, at least in terms of players who are in their first year in New England. McEachern is a 6-foot-6 forward from Tennessee who can get hot from behind the three-point line while Lynch is a graduate of Holliston High School in Massachusetts who has exceeded expectations since his arrival.