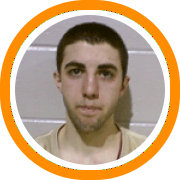 Boston College High School tends to go the way of their senior point guard. And through most of the game 5’7” Chris Hurley struggled, and consequently so did the Eagles. Hurley was matched up with another 5’7” point guard in Taunton’s Brendan Perry, who was up to the task and stayed with the Eagles’ floor general throughout the game. Hurley had a tough time getting buy him, and defensively struggled to stop his penetration while the fearless Perry drove at the Eagles frontline. With 10 minutes remaining in the contest Perry hit a three-pointer to bring Taunton to within two points at 41-29.

Also playing well for Taunton was 6’3” forward Cesar Oliveira, who seemed to be waiting until the second half to shine, and 6’3” swingman Drew Beck, who started the season at Marianpolis Prep in Connecticut. Oliveira had 12 points while bringing a high level of energy and being very aggressive going to the hole. He also made the play of the game with a slashing spin move and finish in the lane midway through the second half. Beck had 17 points for the game and was especially impressive in the first half with his quickness causing some major problems for the Eagles’ defense as he was able to slash to the basket. With 2:07 remaining on the game clock Beck brought Taunton to within 1, 48-47, scoring on another strong drive.

But with the game on the line, Hurley stepped up when it counted on both ends of the floor. On the defensive end, Hurley caused a crucial 5 second violation while pressuring the ball and then hit a huge three-pointer on the ensuing offensive possession to put the Eagles up for good, 53-47 with 50 seconds left.

In addition to Hurley, BC HS also didn’t receive their normal output from 6’5” shooting guard Tim McKinney, who didn’t have a game anywhere close to his offense ability, struggling from the field while only finishing with 6 points. But 6’8” senior center Andrew Yanulis (pictured above) came up huge with 12 points on 6 of 10 shooting from the field, 8 rebounds (including 5 offensive), and 3 blocks. Had Yanulis not been plagued by foul trouble he would have contributed even bigger numbers.

Also stepping up for BC HS was their bench, which was crucial in the win as reserve guards Nick McLaughlin & Brian Mahoney combined for 11 points, while 6’6” junior power forward Ryan Sharry had 6 rebounds off the bench. Ultimately, the Eagles’ size, offensive rebounding, and ability to get to the free-throw line (they converted 12 of 17 in the contest) was the difference in the game.