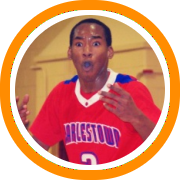 With MIAA tournament games set to begin tomorrow night, we pick the winners in one of the most evenly-spread talent pools that we have seen in the tournament in years. Separating teams by Division 1, 2, and 3, here are NERR’s picks and predictions in the north, south, central, and west regions:

Breakdown: The Townies did have the loss to a very talented Madison Park team late in the season, but Charlestown has played better than almost anybody in the state lately with impressive wins over Whitinsville Christian, BC High, and Brockton the past couple weeks. Tyrese Hoxter separated himself as one of the top players in the state with his performance at the Comcast/IAABO Board 27 Tournament, and we expect him to continue his great play in the Division 1 north tournament. Hoxter and Rony Fernandez are both legitimate Division 1 college prospects, and along with athletic guard Taris Wilson, shooter Omar Orriols, and big man Tyrik Jackson, this lineup has as much firepower as any in the state.

Speaking of firepower, Brockton has emerged as a favorite behind Jaylen Blakely, Jahleel Moise, Jamal Reuben, and 6’6 forward Sayvonn Houston. The Boxers toughest game of the entire D1 south tournament may very well be a potential quarterfinals matchup against Catholic Memorial, another D1 south favorite, who Brockton beat in early-February in an 88-87 thriller.

Breakdown: Holy Name made quite a statement this weekend in the Worcester City Championship by beating fellow Division 1 favorite St. Peter-Marian. In terms of production, this Holy Name team is the most well-balanced in the central Mass. tournament. Dan Kegbeh is one of the top rebounders in central Mass-despite being only 6’1, Jacek Louisville is a long, athletic floor general, Anthony Hodges is one of the top on-ball defenders in the MIAA, and Tyler Delorey can score from anywhere on the floor.

Springfield Central is such a complete team; they’re strong, athletic, and tough defensively. They rebound well, play with a scrappy chip on their shoulder, and look to their star guard Tyrell Springer down the stretch of big games. The lefty Springer has emerged as a potential pick for an all-state selection in the MIAA, while Lee Turner has been a constant threat from behind the arc and Kamari Robinson has been a matchup nightmare all season against inferior western Mass. opponents.

Breakdown: Holy Name has been one of the state’s very best this season, but Springfield Central is simply too deep and too talented for the Naps to keep up. Holy Name probably hasn’t played a team with as much size as Central all season, and Central has the ability to expose the Naps’ lack of size down low. That being said, Anthony Hodges’ job defensively on Tyrell Springer would be the most important aspect of this matchup.

Charlestown vs Central would be one exciting state title game because of the offensive talent and athleticism, watching Tyrese Hoxter play against Tyrell Springer would be a treat, to say the least. That being said, if Charlestown can make it through a tough D1 north and beat Brockton, they should have the experience and momentum at that point to beat a Central team that hasn’t played close to the level of competition that Charlestown has.

Breakdown: North Andover had a lot of people talking even before the season about their high-pressure defense and talent at every position on the floor. WPI-bound Zach Karalis and Brandeis-commit Colby Smith form one of the toughest and most experienced backcourts in the state, and along with another future college guard in junior Derek Collins, there is no reason this team can’t win the state championship.

It’s almost cliché at this point to say King Philip will go as far as Maryland-commit Jake Layman will take them, but being the best player in the MIAA, that “cliché” still holds true.  KP lucked out a little by ending up on the opposite side of Falmouth and Stoughton in the D2 south bracket, and because of that they are a great pick to make the D2 south final four. Look for Layman to star once again in the semis and finals, this being his “Last Hurrah” through the MIAA tournament.

Breakdown: Christian Horton has been one of the best guards in the western half of the state this year, and putting him together with some other dangerous pieces like Joe Reed and forward Billy Robinson, it doesn’t appear that anybody in the central D2 field has the depth or star power to take down Quabbin-who is coming off winning the Clark Tournament Large School championship in convincing fashion.

Mahar has some depth and reliable scorers in Jesse Lacroix, Phil Diphillippio, and Josef Whitman, as they finished with the best regular season record in western Mass. D2 at 17-3, giving them the #1 seed in the eight-team tournament. This may be the most wide-open field of any district tournament in the MIAA this year, but that being said, we still like Mahar to take the title and move on to state semis.

Breakdown: Quabbin just has too much firepower for Mahar, or any western Mass. D2 team for that matter. However, we don’t see Quabbin being able to hang with the very deep North Andover for an entire game.  North Andover’s tough, defensive-oriented guards give them the advantage over anybody in D2 north, but ultimately neither Quabbin nor King Philip are going to have the depth to knock off NA.

Breakdown: Forget just Division 3, Danvers’ 6’6 senior George Merry and Wareham’s star point guard Darien Fernandez have been two of the very best in the MIAA this season.  Wareham remains undefeated at 20-0 going into the D3 south tourney and Danvers is looking at a #2 seed in the D3 north tourney, and both can be expected to meet up in the D3 state semis in a couple weeks.

Breakdown: It’s safe to say that most fans and writers would be shocked if Whitinsville Christian didn’t win the Division 3 crown in central Mass. Colin Richey has emerged as one of the very best guards in the MIAA this year, and when put together with sharpshooting junior Tim Dufficy and senior forward Tyler Vanden Akker, the Crusaders are as tough a team in Division 3 to beat as anyone.

We saw St. Joseph Central nearly knock off central Mass. Division 1 favorite Holy Name at Basketbull’s Catholic School Showcase a couple months back, and the first initial surprise was the play of junior guard Taverick Robinson and senior big man Mike McMahon. St. Joe’s press is as tough as any you’ll see in the MIAA this year, and any team who doesn’t fully prepare for it is sure to take a loss.

Breakdown: Whitinsville has played some very close games against good teams this year, including wins over St. Bernard’s and New Leadership. In addition, they beat another potential D3 favorite in Cardinal Spellman, lost to Holy Name twice by a combined nine points, and hung with Charlestown and Franklin before falling off in the 4th quarter of each game. They certainly have had no lack of challenges this year, which is why we pick them to win a close state final game over Danvers.

The Falcons of Danvers have a very talented team that was top 25-worthy for a lot of the season, with no lack of tests of their own, but Whitinsville Christian is one of the few teams they will have seen this year that has the depth and size on the post to shut down George Merry for an entire game. That being said, this would undoubtedly end with a single-digit margin.