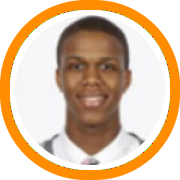 Two of New England’s most prestigious clubs will be traveling to national tournaments this weekend, while a host of others will be headed to Albany for the Gym Rat Challenge.

The New England Playaz are in North Carolina for the Bob Gibbons Tournament of Champions.  The TOC is one of the most prestigious tournaments of the entire year and attracts many of the best programs from around the country.  Played in the Raleigh/Durham area including the University of North Carolina’s Dean Dome and Duke University’s Cameron Indoor Stadium, the facilities surpass any other tournament.  The Playaz will have their normal lineup of Nate Lubick, Austin Carroll, Naadir Tharpe, Denzel Brito, Alex Francis, Naofall Folahan, Anthony Ireland, and Jevon McCrea, but they also might be featuring some fresh faces.  Dejuan Coleman, the top ranked freshmen in the country according to ESPN, who suited up for the Playaz last weekend at the Hoophall Spring Classic, may also be wearing the red and gold this weekend.

The rest of the nation’s elite organizations are making the trip to Atlanta, Georgia for Nike’s Memorial Day Classic at the Suwanee Sports Academy.  The event features the vast majority of the top Nike sponsored organizations in the country and has long been known as one of the premier tournaments in the spring.  In fact, current NBA stars Lebron James and Carmelo Anthony are two of the more prominent alums of the tournament.  BABC will be heading down with both a 17-and-under squad as well as a 15-and-under team.  The 17’s will be led by Gerard Coleman and Ron Giplaye while guys Greg Kelley, Jeremy Driscoll, Ryan Woumn, and Marco Banegas are also expected to be in action.  Meanwhile the 15’s should have their normal core of Nerlens Noel, Domonique Bull, Macam Bak Macam, Kamali Brey, and Aaron Davis.

The New England Recruiting Report will also be in Albany this weekend so stay tuned to see who represents the region well.