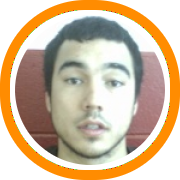 153 teams from across the nation had their eyes on competing for a national championship.  The MBR boys basketball team advanced to the sweet 16 bracket at the junior boys/17u AAU National Championship before losing a Virginia based team.  MBR then played in the 4th round losers bracket advancing to the 6th place game before falling to Georgia’s Inner Strength 55-51 to capture the 11th place medals.

MBR also played in the Super Showcase event just prior to the start of the national championships.  Both events were held at Disney’s Wide World of Sports.  MBR finished 4-1 in the super showcase and 7-2 in the nationals to earn a total record of 11-3 over the eight day period.

While their impressive streak was deemed a complete team effort it is hard not to take notice of some exceptional performances.

Sam Leclerc came into Orlando as the most recognizable name on the MBR roster and the talented floor general did nothing to disprove his impressive reputation.  From all accounts he did an excellent job of running the team throughout the week and is given much of the credit for the precision that characterized his team’s offense.  If that weren’t enough he also stepped up in the big games including a 20 point effort in an 81-65 victory over the Georgia Ballers during the medal round at the super showcase, another 20 point effort that fueled his team to a victory over Mark Trail (and consequent advancement into the medal round) during the nationals, and a high of 27 points in the victory that sent MBR to the sweet 16 as they defeated the Jackson Panthers from Mississippi.

Derek Libbey (pictured) exploded onto the recruiting scene as he led the MBR team in scoring throughout the week.  He was especially impressive during the nationals as he scored in double figures in all but 1 game, scored 18 or more points in 7 of MBR’s 9 games, and matched LeClerc for a team high 27 points in MBR’s victory over the Baltimore Stars that pushed them into the 6th place game.  Libbey was able to do the majority of his damage with his three-point shot as he bombed away on all 8 days of the trip.

Another player who made a big impression on college coaches was the skilled 6’8 forward Thomas Knight.  By the end of the week he had collected quite an impressive set of admirers as coaches were obviously intrigued by a 6’8 lefty with outstanding footwork and a soft jumper.  He went for 15+ points on five different occasions including his team’s overtime victory against the New York Gauchos when he was matched up against one of the brightest young frontcourt prospects in all of New England, Tevin Baskin.

“The Alaskan Assassin” is the nickname Lee Suvlu earned after his outstanding week of play from MBR.org writer THE WIZ.  Suvlu was on fire as soon as he got off the plane as he led his MBR team in scoring during 2 of their 5 games at the super showcase.  Like Knight, he also saved his best performance for the Gauchos during the nationals, as he scored 10 of his 17 points that game during the third quarter which pushed MBR’s lead to 18 points.

Kudos also need to go out to:  Brandon Tomah who showed why his ability to run a team and knock down shots from the perimeter will be such a valuable addition to Lee Academy next season; Kris Noonan who was able to score and rebound around the bucket despite being undersized in quite a few games; Kyle Philbrook who stood out with his performance against the Shining Stars of Ohio; Michael Foustoukos who hit double figures against Mark Trail; as well as Eric Prue, Evan Kenney, William Colasante, Casey Reynolds, and Ben Hartnett who provided invaluable depth to Coach Parker’s bench throughout the week.

Overall the entire MBR team can be proud, as they were clearly the Cinderella story of the entire championships and ultimately made history by advancing farther than any team from the state of Maine had ever gone before.

To view the press release in its entirety please visit www.mbr.org.