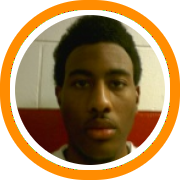 John Riek still holds the top spot in 2008.  While the 7’2” center has been in and out of the line-up after suffering a knee injury, it is hard to argue that there is a better overall prospect than the player who could be a lottery pick in next year’s NBA draft.  Three Notre Dame Prep players (Terrence Jennings, Kimmie English, and Melquan Bolding) hold spots two through four.  While Jennings and Bolding were both big names who were already committed to Louisville before arriving in Fitchburg, it has been English who has starred so far this season.  Stevie Mejia rounds out the top five while Larry Anderson and Johnny Higgins are not far behind.

Erik Murphy is still the standard by which all others are judged in the class of 2009.  #2 Mike Marra has yet to be the consistent scorer that he is capable of since arriving at NMH but that hasn’t stopped Louisville from seeing him play five times since the fall.  Dartaye Ruffin holds firm at number three, although he is unlikely to be tested at Stoughton High School.  Tucker Halpern jumps a couple of spots to number four after generating recruiting interest from the likes of Michigan and Georgetown.  Austin Carroll rounds out the top five with his impressive play so far this year.  But the real story in 2009 is depth.  In fact, we believe eight players could reach the high major level while as many as forty have a chance to play division I.

Phil Pressey is only a sophomore, but he may be the best pure point guard in the region.  Nate Lubick is another player in the class of 2010 who can compete with anyone.  Nadir Tharpe comes in at three while Ozan Dilik comes in at number four but is likely to rise up the ranks due to his huge upside.  Northfield Mount Hermon’s Matt Brown is at number five.

Joe Sharkey has a jump on the competition in the class of 2011 since this is his third year competing at the high school level after playing his 8th and 9th grade years at Brimmer & May before reclassifying at NMH this season.  That experience has allowed him to maintain the top spot while players like Cushing’s James Kennedy & Domonique Bull, Springfield Central’s Jared Johnson, and Burlington High School’s Zach Hurynowicz are all giving chase.

Stay tuned tomorrow as the Rhode Island rankings will be announced.