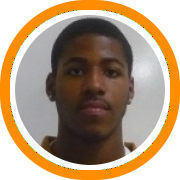 Central Catholic – Despite the losses of Adrian Gonzalez and Wilfredo Pagan to graduation, Central Catholic still returns arguably the state’s best one-two punch in big man Carson Desrosiers and guard Billy Marsden.  While Marsden is a guard who can put points on the board in a hurry, look for Desrosiers to really break out in his junior season and begin to dominate both ends of the floor on a consistent basis.  Jose Batistine and Jimmy Zenevitch should also be ready for increased roles.

St. John’s – Last year’s runner up hopes to get over the top this year and they have a talented big man of their own in Matt Labove, who is bound for Dartmouth next year.  Guard play will be crucial if the pride of Shrewsbury hopes to claim the title this year.

Everett – While they may not have a big man who will be able to single handidly match the production of Desrosiers or Labove, they do have depth upfront with the interior combination of Kyon Watkins and Jerome Cohen.  And with Cohen’s much improved perimeter skill set they will make a dynamic high-low pair.  This is another team that will need strong guard play to be successful.

Lexington – As far as 1-2 combinations go, Danny OKeefe and Lance Greene can hold their own with anyone.  OKeefe is the prototypical mismatch problem who can attack defense inside and out while simultaneously owning the glass.  Greene is just a pure scorer who knows how to get his shot and put points on the board.

Malden – There’s no doubt that Egi Gjikondi is a top young prospect, but if Malden has a chance to win division I he will have to grow up in a hurry and be able to hold his own against the many talented big men of division I.  They have good talent and depth in the backcourt with steady point guard Travis Nally, sharp-shooter Steve Suida, and playmaker Marcus Armstrong.  Add in 6’4” forward Ramon Viches and talented freshmen point guard Billy Bonnet and they’ve got plenty of pieces.

Andover – They will always be fundamentally sound and disciplined (in other words they’re well coached), and this year they have the personnel to make some noise with athletic swingman Kevin Polanco, tough and steady point guard D.J. Fazio, senior shooter Sean Ehlbeck, and much improved senior forward Connor Arnold.

Springfield Central – Mike Labrie’s club is young, but they’re deep and talented.  Sophomores Jared Johnson and Victor Aytche may be the team’s most talented players but there is also a strong senior core in place with Chris Bonsu, Jarel Njiiri, and Brandon Barber.  Junior Jordan Smith could also be an important contributor.

Brockton – Louis Montes could be ready for a break out year as he has the physical gifts and basketball skills to be productive virtually anywhere on the court.  Jarrod DeVaughn provides a nice second scoring option for the team that is considered by most to be the favorite in the South.

Newton North – Brockton’s biggest competition in the South is likely to come from Newton North.  Head Coach Paul Connolly is one of the state’s best and seems to always have his team in contention come the end of February.  Junior forward Greg Kelley could be poised for a break out season as he has worked hard to expand his offensive repertoire in the off-season.

Others – Springfield Cathedral will be contenders in the west not just this year but for years to come as they have an abundance of young talent for head coach Justin Dalessio to mold…Kyle Dobbson leads a Fitchburg team that should make some noise in the Central Division…BC High School will win more than they lose and look to senior forward Colin Halprin to be the leader…Paris Massey gives Boston English a major interior presence on both ends of the court…Michael Hall and Ryan Canty make a formidable front line for St. John’s Prep while Ryan Connaughton is a young player to keep an eye on…Don’t count out Durfee who features one of the state’s top point guards in Mike Rivera…We’re amazed more people aren’t talking about Marlboro in the Central Division as they feature senior guard Keith Brown along with two super sophs in Canaan Severin and Zach Auguste…One of the more notable coaches in the northeast, Tony Bergeron, takes over at East Longmeadow where he will depend upon Ellis Cooper and Dan Martin to lead the way…Don’t be surprised if Lynn Classical makes a run behind emerging junior guard Jarell Byrd.

Catholic Memorial – The defending champions lose Brandon Monteiro from last year’s squad but return Jeff Tagger and Allen Harris giving them a formidable perimeter duo who should have no problem scoring in high volume.  Kyle Lawrence should also help in that effort.  But they’ll need production out of their frontline if they’re to hold off Stoughton.

Stoughton – Dartaye Ruffin is arguably the most talented individual player in division II and if he makes it a point to come out and dominate like he is capable of doing each and every night then Stoughton could claim the championship.  But Ruffin is far from a one man show as Evan Taylor and others are all capable of stepping up.

Tantasqua – They’ve been to back-to-back state finals and so they have the experience of playing under the bright lights.  While they may lack a dominant go-to scorer, the past two years dictates they be considered among the favorites until someone can prove otherwise.

O’Bryant – Ike Azotam is one of the most physically imposing big men in the state with his combination of athleticism and upper body strength.  The key for O’Bryant will be getting good production out of their back court so Azotam can concentrate on doing what he does best…dominate the paint.

Others – Justin Mello & Dartmouth and Ryan Spencer & Franklin will be two of the teams battling CM and O’Bryant in the East…Middlebury bound big man Peter Lynch hopes to lead his Westford squad to a big season…the road to the final four may be easiest through the west where South Hadley hopes to repeat but will be tested by Belchertown.

Watertown – The Stockmal brothers (Kyle Stockmal & Cory Stockmal) return for their senior season where they hope to claim their second state championship after failing to advance to the finals and defend their title last year.  The twins define consistency and dependability and if that wears off on Benyam Kerman then Watertown will likely be the champs in ’09.

Scituate – Rodney Beldo proved last year that he could take a game over and single handedly deliver Scituate a victory when it was necessary.  Combine that with senior seven footer Andrew McCarthy and Scituate’s inside-out tandem is division III’s best.

Others – Ray Bowen and Bedford will be challenging Watertown all season long in the North…Jules Tavares is just a sophomore but already one of the division’s top players.  His Wareham team will be formidable this year and one of the favorites for the rest of his career…Andre King will spark Sabis Charter’s line-up as they could be the favorites in the west…Medfield has personnel with experience and savvy, most notably Drew Donnelly…Everyone seems to be counting out defending champs Frontier because of the amount they lost from last season, but they’re the champs until someone else wins it…If Mike Clifford can prove he’s fully returned from his broken leg than Bishop Fenwick could very well make a run…Kevin Lentini and North Reading could do damage in the north.

North Cambridge Catholic – Their guards will apply constant pressure on the defensive end and big man Mario Monroe provides an interior presence that can’t be duplicated in division IV as NCC hopes to repeat.

Others – St. Mary’s of Lynn may have the best chance of unseating North Cambridge Catholic while others like Cathedral and Hull also figure to be there in the end.