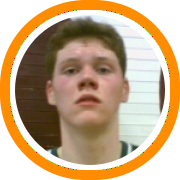 Greg Mangano had a very impressive summer.  The 6’10” forward showed a versatile inside out game where he could score with his back to the basket or stretch the defense with his ability to knock down three-pointers.  Consequently his every move was being watched by numerous college coaches as his Connecticut Basketball Club competed at the National Invitational, Joe Brown Memorial, and AAU Nationals.

His summer was so impressive that he went from a player who was getting a fair amount of low major interest in June, to a player who had two scholarship offers from Atlantic 10 programs by the end of July.

Most players in that situation would jump at an opportunity to play in a conference such as the A10.  But Mangano is not most players.  In fact the only level he appears concerned with is the academic level.

The skilled big man has already ruled out his suitors from the Atlantic 10 in favor of a group that consists of Yale, Pennsylvania, Princeton, Lehigh, and Northeastern.

With Yale, Pennsylvania, and Princeton, Mangano has an opportunity to be educated in some of the finest academic institutions in the country while still competing for a chance to win the Ivy League and qualify for the NCAA tournament.  However, Ivy League schools do not award athletic scholarships which is where schools like Lehigh and Northeaster can set themselves apart.

Whatever decision Mangano ends up making he has made his priorities clear and getting the best education possible is at the top of the list.