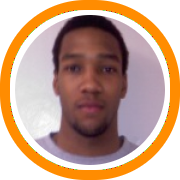 Cheverus took the Class A title as they knocked off previously undefeated Bangor High School in an upset victory.  Midway through the game it looked as if Bangor was well on their way to completing their perfect season as they held a 24-14 lead at the half behind the play of sharp-shooting swingman Jon McAllian.  But Cheverus junior star Mick DiStasio took over in the second half scoring 19 of his game high 24 points.  Cheverus took their first lead of the second half a minute into the fourth quarter and would never give it back as they went on to a 49-41 victory.

Ryan Martin was the star of the class B game as he scored 26 points to lead Maranacook to the title.  With the victory Maranacook earns their second state title in the last three years and also completes a perfect season with a record of 22-0 behind the senior trio of Martin, Will Bardaglio, and Mike Poulin.  Cape Elizabeth got 15 points out of Alex Bowe and 13 from Andrew Dickey before ultimately falling 56-46.

Earlier in the year when we previewed the upcoming Maine season, we said it was almost unfair that the state’s best player competed in class C.  That was never more apparent than in the championship game as Sam Leclerc scored 28 points to lead Winthrop to the state championship.  Perhaps equally impressive was that they went through a Calais team that entered the game riding a 63 game winning steak including back to back tournament titles.  What is most impressive about Leclerc is his ability to recognize what needs to be done to win the game.  On this night it was scoring points as the point guard was more aggressive looking for his own shot than he normally is.

In class D another undefeated team completed their perfect season as Central Aroostook defeated Richmond to finish the year at 22-0.  But the game couldn’t have been much closer as Richmond led throughout the majority of the contest.  Ultimately, it came down to the final play of the game as Richmond led 52-51 before 5’7” Manny Martinez banked in a floater over Marc Zaharchuk as time expired to win the game for C.A.  Martinez finished with 20 points on the night.