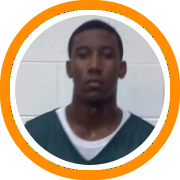 The University of Maine hosted two prospects for official visits last weekend and has now landed commitments from both.

Xavier Pollard, a post-graduate guard at the Winchendon School who previously starred at Suffield Academy, committed on Wednesday, less than 48 hours after Kilian Cato made a similar pledge.

Leichner first noticed Cato last summer when he starred for Finland at the European Championships in Tel Aviv.

Cato currently plays for the Tapiolan Honka club team in Finland, where he is averaging 13 points and 5 rebounds per game while shooting an incredible 58% from the three-point line.

As for Pollard, he led this year’s Winchendon team in scoring and accumulated more and more division I suitors as the season went on but ultimately decided to join the program who had been there since the very beginning.

“The coaching staff has been in contact with me for a long time and showed me a lot of love from day one,” he said.

Pollard is a combo-guard who can flat out score the ball and the Black Bears plan to put him in situations to allow him to do what he does best.

Pollard has a long history of being able to do just that as the New York native had a storied three year career at Suffield Academy before arriving at Winchendon, leading the team in scoring and assists for two straight years and being named All Western New England as both a junior and senior.

Pollard’s commitment is the culmination of a long process for the New York native as he was determined to prove himself both on the court and in the classroom to reach the division I level.