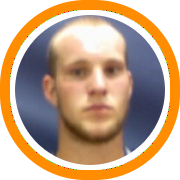 You will be hard pressed to find a fan base more passionate about their local high school hoops than the die-hards of Maine.  So here is a little taste of some of the contenders in Class A, B, & C.

Class A
Bangor – They are the defending state champions and return a very talented nucleus.  With Jon McAllian, Lee Suvlu, and Ryan Weston on board, no team in the state should be able to match up with their first three.  McAlian is a sharp-shooting guard with good size who appears poised for a big year after having already committed to the University of Maine.  Suvlu is one of the best guards in the state and can flat out put the ball in the basket.  Meanwhile, Weston gives them the interior presence that any championship team requires.  While they have been far from perfect to open the season, they are simply more talented than the competition to this point.

Cheverus – Head Coach Bobby Brown’s teams are always contenders and this year is no exception.  Mick DiStasio, who is one of the state’s top juniors, leads a solid group of returning players.  Indiana Faithful is a sophomore who will handle the point guard duties after transferring into the school this year.  Other players expected to contribute are Doug Alston, Alex Fraser, Ian Barwise, Peter Foley, Dan Foster, and Lenny Cummings.  They are off to a good start this season after having already beaten a solid Kennebunk team.

Thornton Academy – They secured the most impressive win of the early season by knocking off Portland.  James Morse is one of the state’s top juniors while seniors Jeff Winnie and Kory Martin should also make significant contributions.

Portland – The Class A runner up from a season ago saw an early setback with their loss to Thornton, but you can bet they will come back strong.  Ultimately it may just be a case of getting used to their new pieces as Mike Harmon and Eddie Bogdanovich transferred in and Dewayne Alberte returns from injury.  Mike Harmon and Justin Powell headline those who return from last season.

Deering – Kyle Donovan is a top player in the state and expected to lead this Deering team.  Eddie Tirabassi appears to be the next star in the pipeline as the sophomore could be ready for a breakout season.

Hampden – They may be a year away as sophomores Jacob Moore and Noah Burditt are going to be very strong players.  However, with seniors Antonio Juco, Justin Brown, Brad Haase, and Nate Burke all in the mix this year they will certainly still be contenders.

Class B
Camden Hills – They are definitely one of the favorites in Class B.  Gordon Fischer is one of the top juniors in the state but he will need plenty of help.  Paul Campbell and Christian Piere lead a strong senior class.

Class C
Winthrop – It’s almost unfair when the state’s best player competes in one of there smaller leagues.  Sam Leclerc should be able to dominate class C competition as it will be very difficult for any single defender to match-up with his combination of strength and skill from the point guard spot.  But Winthrop still has plenty to prove after getting blown out in the class C semi-finals last year by Boothbay.

Dirigo – While the state’s best senior competes in class C, so does their best junior.  At 6’7” Thomas Knight not only can control a game from the paint, but he can step out and knock down three-pointers as well, making him a huge mismatch problem.  They will be hoping to take the next step after falling to Boothbay in the finals last year.

Boothbay – Winthrop and Dirigo may have the stars, but these guys are the champs until somebody takes it away from them.  Kris Noonan anchors Boothbay inside.  We first noticed Noonan at the Providence Jam Fest last year when he was getting a ton done under the basket for his MBR team.  We’ll be shocked if he doesn’t have a big senior season.

For the most current and up-to-date information about Maine High School basketball please visit www.mbr.org