Maine Gets another Local Product 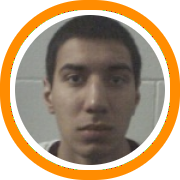 Maine Head Coach Ted Woodward and his staff had already accomplished several things in this year’s recruiting class.  They had improved their perimeter shooting with the addition of Jon McAllian, increased their interior depth with Svetoslav Chetinov, and acquired a very talented and versatile wing player in Gerald McLemore.  There was only one other task left unfinished…finding a scoring guard who could create his own shot.

You can cross that off the list now as well.

On Monday night, Maine got what they were hoping for…a verbal commitment from St. Thomas More’s Doran Mitchell.

“That’s what they said they needed,” Mitchell told the New England Recruiting Report, “a combo guard who could put points on the board…and I feel that’s something that I can do.”

Anyone who has seen the Connecticut native play would be hard pressed to disagree with him.  Prior to arriving at St. Thomas More, he put up some huge numbers at Berlin High School.  This season, he showed he could do the same thing against better competition as his patented pull-up jumper and cross-over dribble where equally effective in the NEPSAC.

Ultimately his decision to join the Black Bears came down to two things, comfort with the coaching staff and an opportunity to make an immediate impact.

“The coaches have been recruiting me for a long time, so I just felt the most comfortable with them,” he said.  “They said they expect me to make a quick impact, and I think I can do that and hopefully have a great four years there.”

But it wasn’t just the Maine coaches who made a positive impact on Mitchell as he was also clearly taken by his future teammates.

“They were real cool,” he said.  “Plus everybody is coming back next season, except one person, so they’ll have the chemistry in place, so hopefully I can come and fit right in.”