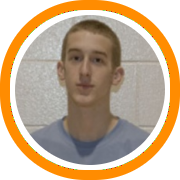 Maine’s best talent once again lies in Class A as a number of programs find themselves in contention to start the season.  Here is a look at some of the early favorites:

Hampden – The powerhouse from the east returns their entire rotation from a season ago while adding some major firepower.  Bentley bound swingman Jacob Moore is the headliner of the group but Camden transfer Graham Safford gives the team a devastating one-two punch.  Moore is a major mismatch problem in the Maine public school league, possessing the size to be productive inside and the skill set to thrive from the perimeter.  Meanwhile Safford is the perfect compliment with good strength and athleticism to go along with an attacking game.  Hampden also has a talented supporting cast with Brad Hersey, Noah Burditt, Greg O’Dennell, Nolan Turner, and Christian McCue, a sophomore who asserted himself on the travel circuit this spring and summer.

Cheverus – Year in and year out head coach Bob Brown has this team in contention and the 09-10 campaign will be no different.  The Stags had a perfect 18-0 record in the regular season last year but fell to Thornton Academy in the semi-finals.  Mick Distasio and a host of other contributors are gone from last year’s team but returning is the state’s top point guard Indiana Faithful.  The West powerhouse is also adding an impact transfer of their own in Alex Furness.  Faithful and Furness form what we expect to be the best backcourt tandem in the state and you can bet Furness is looking forward to playing with Faithful as the point guard knows how to get his scorers shots.  Big man Lenny Cummings will hold down the fort in the middle while young players like Louis Distasio and Cam Olsen will begin to contribute.

South Portland – They have something that no one else in the league does…Keegan Hyland.  Known primarily as a shooter throughout the summer exposure circuit, Hyland is a flat out scorer during the high school season.  He of course strokes the ball from behind the arc, but he also scores with his mid-range game and gets to the rim.  The only real question for South Portland is can the supporting cast step up when opposing teams send two and three defenders Hyland’s way.  That responsibility will fall on the shoulders of the upperclassmen like Matt Lee, Ryan Curit, and Spencer Bowering.  But there is another Hyland on board this year who could prove to be an asset as freshmen Tanner Hyland could work his way into the rotation.

Westbrook – If Hampden has the state’s best starting five, South Portland the best player, and Cheverus the best backcourt, then Westbrook has the best frontcourt.  Six-foot-seven big man Dominic Borelli will be a monster in the paint and on the glass while six-foot-six running mate Nich Jobin will post production to match.  Borelli, already pledged to St. Anselm’s, can score inside and with his perimeter skills well intact, he and Jobin make a fine high-low combination.  The question mark for this team is can their backcourt hold up against the other high level teams in the state.  If they can then it could be a big year in Westbrook.

Thornton Academy – Thornton Academy upset previously undefeated Cheverus in last year’s west semi-finals and then went on to defeat Portland for the west title and Edward Little to claim the state title.  Despite losing a host of contributors to graduation, including James More, the defending champions will benefit from last year’s experience and the presence of two terrific juniors in Andrew Shaw and James Ek.  Shaw has a ton of natural talent with good size and perimeter skills while Ek can catch fire behind the three point line at any time and score points in bunches.  Most in Maine would disagree with our top six rating, but when you are the defending champs and still have two potential stars you are looking pretty good in our eyes.

Bangor – Much like Cheverus, Bangor always seems to find themselves in contention.  The Rams advanced to the Eastern Maine semi-finals last year but lost five players to graduation.  Zach Blodgett is the big name on Bangor this year and after showing some potential on the recent AAU circuit, the junior forward will now have the opportunity to prove that he is ready to lead a team.  Nick Sherwood is just a sophomore but don’t be surprised to see him make a name for himself this year as well.

Edward Little – The defending Eastern Maine champions were two points away from being state champions last year.  Corey Therriault and company are gone from that team but this year’s squad is in capable hands with skilled lefty forward Jim Philbrook.  The senior proved his worth this summer stretching defenses to the arc while simultaneously battling on the block and he will need to have a big senior season if Edward Little is to duplicate last year’s success.  Yusef Inman, Tim Mains, and Bo Leary will also contribute.

Portland – Big man Eddie Bogdanovich will be difficult to replace in the middle but they have some firepower on the perimeter with senior Koang Thok and sophomore Will Defanti.  Thok has a lot of natural ability and if he can put it all together in his senior season his last year in the high school ranks could be a big one.  Defanti has been playing against great competition for years on the AAU circuit and he is the future of this program.  If he can run the team and make everyone around him better this year the future could be now.

•  Brewer loses several seniors from last season as well as there coach but has some firepower with Dom Drake and Tyler Bessette.

•  Experience and continuity will be on Windham’s side this year as Garrett Clemmer leads a deep senior class.

•  Deering sophomore John Amabile leads a talented group who will have to compensate for a lack of experience.

•  Our sources to the north are saying that Scarborough could surprise some people with their defensive oriented team.

•  Another surprise tournament team could be Brunswick who will be well coached with a good blend of inside out talent.

•  They wore Cinderella’s slipper for a while in last season’s playoffs but the question this year is can they replace all they’ve lost.

Best High School Player – Keegan Hyland, South Portland:  Did you see the numbers he put up last year?  He can flat out put his team on his back and carry them to victory.

Best Underclassmen – Will Defanti, Portland:  Of all the freshmen and sophomores in Maine he may have the most big game experience and we expect him to have a big second season.

Best Backcourt – Indiana Faithful & Alex Furness, Cheverus:  Faithful is a big crafty point guard with a European type flair to his game.  He thrived this summer getting Keegan Hyland good looks at the bucket and will do the same this year for Furness, another big guard with good skills and a high I.Q. who had a breakout summer of his own.

Best Frontcourt – Dominic Borelli & Nich Jobin, Westbrook:  Not only are they the best frontcourt tandem in Class A but they may just be the best two big men in the conference period.  Borelli is a scholarship player who should be the state’s best rebounder this year while Jobin averaged 21 points, 11 rebounds, and 7 assists last year as a junior.