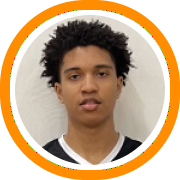 While most prep school programs are currently on winter break, the last six weeks brought a return to a normal season with the National Prep Showcase, Zero Gravity Prep Classic, and Scholar Roundball Classic among other events.

Accordingly, we've now had the chance to evaluate a number of newly arrived prospects to the region as well as others who have taken their game to new levels in the last six weeks.

In the state of Maine, some of the new names include the Bridgton Academy duo of Trace Salton and Alexander Barnhill along with Lee Academy big man Toibu Lawal. The Pandas' Zion Lott and the Wolverines' Evan Willey headline the list of most improved players we've seen so far this year, as both have proven themselves against the highest level of competition while John Shea has once again been put up monstrous numbers in the public school ranks.

These developments are all reflected in the newly updated Maine 2022 rankings.

These rankings will continue to be updated throughout the season as we are able to evaluate more programs.