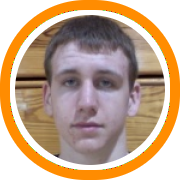 Jefferson Lora made a verbal commitment to Central Connecticut State University this weekend according to several reports.  Lora is a 6’7” big man who is about to enter his junior season at Lyman Hall High School in nearby Wallingford, Connecticut.

The commitment comes as a bit of a surprise to many as it is rare for a program in the NEC to be securing a commitment from a player two years away from graduating.

But you have to give the Blue Devils a lot of credit, as they made Lora an early priority.  In so doing they were able to lock up one of the CIAC’s best talents.  Not only does he have the ability to eventually anchor CCSU’s frontline, but he is also the type of player who should flourish under the old school mentality of head coach Howie Dickenman.

Lora’s commitment comes on the heels of a strong summer that saw him establish himself as a solid mid-major level recruit.  He was able to score and rebound the ball in high volume during the first week of the live period when he shined at the Eastern Invitational Basketball Camp.  It was more of the same through the rest of the summer as he continued to shine with his Central Connecticut Hoopstars AAU Club.

The 2007-08 high school season was Lora’s first in Connecticut after relocating from New York.  He was one of the focal points of a Lyman Hall team that rebounded from a 1-19 record the year earlier to advance all the way to the finals of the state tournament.

The 2008-09 season has the potential to be another special one for Lyman Hall.  They return their two best players in Lora and Zach Russo along with a strong supporting cast of David Dempsey, Jim Economopoulos, and Matt Landry.