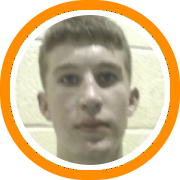 Session I is almost always a hot spot for local players as it is the only week of camp that takes place in the New England region.  And as we reported a few ago, this year was no different as Adrian Satchell was named the Most Valuable Player and a host of other players stood out including Mike Accaoui, Kyon Watkins, Greg DeSantis, and John Hegarty.

But session II is the time when division I prospects from all over the northeast travel to New Jersey to compete in front of hundreds of college coaches.  Chris Prescott was one of the players who stood out that week as the talented guard made the top 21-40 All-Star game and picked up scholarship offers from the likes of the University of Rhode Island, George Mason, and St. Bonaventure to name a few before committing to St. Joseph's only a few days ago.

South Kent’s Christian Morris not only made the top 20 All-Star game but led the blue team in scoring with 14 points as he threw down some of his famous dunks while also showing an improved touch within close proximity to the rim.  And similar to Prescott his strong play also led to a commitment as he pledged his services to Rutgers a few days after the conclusion of camp.  Morris' Team Takeover teammate and Notre Dame Prep guard Darius Gabriel was also a member of the top 20 All-Star team.

Charles Hinkle made the 21-40 All-Stars and drew a good amount of attention due to the fact that he is already qualified and ready to be on someone’s campus this fall.  As we have reported all year long the lefty swingman would be a steal for a low-major division I program with his old school mid-range game and excellent overall feel for the game.

More recently session III has been completed as Evan Smotrycz from Reading Memorial High School in Massachusetts was not only named a top 20 All-Star but was even awarded the game’s MVP after scoring 19 points and grabbing 7 rebounds.  Smotrycz is the prime example of a local player flying under the radar as he not only has great size at 6’7 but he even possesses an impressive skill set that allows him to knock down jumpers from the perimeter as well as face up and attack the rim.