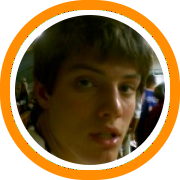 It wasn’t even a week ago that Mike Leblanc solidified his visit schedule by planning trips to Princeton, Yale, Rice, and Brown.

A few days later, with still three weeks before his first scheduled trip, Leblanc had a change of heart and decided no visits were necessary, and so he made a verbal commitment to Princeton.

"Princeton stood out to me, first off, because I loved the atmosphere there from my two [unofficial] visits," Leblance told the New England Recruiting report.  "I like the way they play and I feel like I will fit well into their system and style of ball, and finally, the academic opportunity at Princeton is like no other."

Leblanc joins Amir Bell, a long six-foot-four guard from New Jersey, to become the second player to commit to the Tigers in the class of 2014.  He also follows in the footsteps of another former New Hampshire native and New Hampton graduate, Patrick Saunders, who recently completed his playing career at Princeton.

As we reported earlier this week, Leblanc had seen a steady escalation in his recruitment after a strong showing during the July evaluation period with the Rhode Island Hawks.

Here’s a look at some of his highlights care of the Rhode Island Hawks YouTube page: