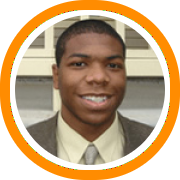 And with only one stop remaining on his summer tour Dozier seems closer than ever of realizing his dream.  His summer schedule is a little different than in previous seasons as he has not played in any AAU tournaments, instead focusing on a variety of exposure camps.  It began at Reebok’s Regional Combine where we thought he was the best player in the building.  Recently he again stood out at Eastern Invitational’s Academic Elite camp last week.  His last stop will begin tomorrow when he plays at the last “live” period session of Eastern Invitational.

His strong play this summer has been enough to warrant strong interest from Longwood, Radford, and a variety of some of the best division II programs in the Northeast.  His hardworking style and excellent perimeter defense even intrigued coaches from Texas A & M who recently placed a call to check on his status.

With less than a week remaining before the conclusion of the live period you can only hope that some division I coach wises up.  Because Dozier is the type of kid who epitomizes what being a team player is all about.  He is an exceptionally hard worker with an always positive attitude, a terrific perimeter defender, a very good student and articulate young man, and a player with a good basketball I.Q. and understanding of how to play the game.