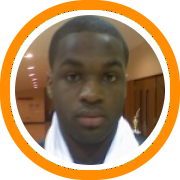 The first ten days of the live period was a busy time in New England.  In fact, we would venture to say that 2009 set a record in terms of the amount of college coaches who traveled to New England in the month of July.

It began of course with Hoop Mountain and their Super Week Camps, The Elite 75 Showcase brought all of the region’s top players together in front of roughly 50 coaches (40 from the division I level), while the BasketBull First Eight/National Invitational, Hoop Mountain Academic All-American Camp, and Super 16 Showcase all drew upwards of 100 college coaches.

But now comes part two of the July live period, with deep rooted traditions that require teams from all over the country to travel to one of two places for the most part.  The grassroots basketball world will be divided between Las Vegas and Orlando this week as the three major shoe companies all run their separate tournaments in Vegas while AAU begins their Super Showcases this week in Orlando.  Here’s a look at where some of New England’s top programs will be heading.

Preview:  The Playaz and Rivals could both make runs in this tournament but a lot depends on their health.  Nate Lubick and Naadir Tharpe missed the majority of the first half of the live period for the Playaz, but did return in time for West Virginia.  Anthony Ireland, Denzel Brito, Dartaye Ruffin, and Austin Carroll all stepped up in their absence and now, if everyone can stay healthy, they should be at their best.  Evan Smotrycz has been out with injury all month for the Rivals, but if he returns to the line-up his presence along with Carson Desrosiers, Jordan Laguerre, Matt Brown, Ryan Canty, and Jaymie Spears gives the Rivals as strong of a core as anyone.  The Jayhawks could no doubt surprise some people with their disciplined attack and plenty of firepower with Ben Bartoldus, Eric Dean, and Alex Stoyle.

Preview:  The Knights are New England’s lone representative in the Reebok tournament and they’ll look to make a run from under the radar.  The third Las Vegas based tournament, the Main Event, has no New England teams that we are aware of.

Preview:  BABC has to be considered among the favorites with Nerlens Noel, Domonique Bull, and Kamali Bey leading the way.  Expressions and the Breakers are both talented clubs who have very good chances of winning their pool and advancing to the gold bracket.  Expressions is led by Andrew Chrabascz and the Breakers by Rob Hazard.

Preview:  New England may have two of the top teams in the field with BABC and Expressions Elite.  Noel, Bull, and Bey are joined by Egi Gjikondi, and Jared Johnson (scary to think those five will all be eligible for u16 again next year once Gjikondi and Johnson have reclassified), along with Mike Carter-Williams and James Kennedy.  Expressions Elite is equally dangerous and riding a wave of momentum having not dropped a game since the Rumble in the Bronx.  Alex Murphy leads the way but there is plenty of other fire power with Ricardo Ledo, Jules Tavares, Kaleb Tarczewski, and Imoh Silas.  CBC will have one of the best big men in the field in Andre Drummond along with two strong running mates in Freddie Wilson and Tavon Allen.  MB Nation has Andrew Shaw, Tyler McFarland, and Alex Furness and is also playing their best basketball of the year and the Boston Warriors could very well play the role of spoiler as they may not have as many big names, but plenty of talent.

Preview:  BABC is the lone team in the 32 team gold bracket where they will be led by Gerard Coleman and Ron Giplaye.  Everyone else will be playing in the silver bracket where CBC and Expressions both have to be considered legitimate contenders.  CBC has won 5 titles this year, including the Hoop Hall National Invitational last week, and feature a bunch of hard-working and low maintenance players including Majok Majok, Dominique Langston, Chris Evans, Denzel Jones, Luke Matarazzo, Steven Glowiak, and Phil Gaetano.  Expressions is no doubt playing their best basketball of the year right now and if everyone is in uniform and healthy they’ll certainly be among the most talented teams in the field with Rod Odom, Eric Ferguson, Billy Baron, Joe OShea, Laurent Rivard, Tyler Olander, and Ryan Romich among others.  We also wouldn’t be surprised to see Metro Boston (Shabazz Napier, Ike Azotam, Allen Harris) and MBR (Keegan Hyland, Indiana Faithful, Dominic Borelli) come out of their pool as well, while Bay State Magic (Dennis Clifford, Andrew McCarthy, Matt Barboza), CMAC Hawks (Jose Cruz, Chad Labove, John Henault), Connecticut Elite (Greg Langston, Jason Perrier, Mark Ellis), Boston Warriors (Jasper Grassa, Mike Accaoui, Derek Retos), and Rhode Island Breakers (Youri Dascy, Frank Robinson, Nick Manning) could all make runs.  Don’t count out the youngsters either as Expressions Elite’s sixteen and under team will be playing in this super showcase as well.


Following these tournaments many teams will either be staying in, or traveling to, Orlando for AAU Nationals in both the u16 and u17 divisions.  Some teams will stay on the west coast and head to Los Angeles for the Best of the Summer Tournament and others are expected to return to the northeast for an event held organized by New Heights and New Jersey ABC.