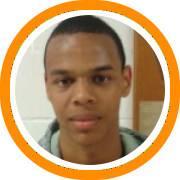 Jerome is a 6-foot-3 off-guard now in his second season in the NEPSAC after reclassifying upon his arrival last year.

Early in his career he was known almost exclusivey for his athleticism as he could get out in the open floor and play above the rim with ease, but when he arrived at Cheshire he came with a much improved skill set and specifically ability to shoot the basketball.

Now a consistent three-point threat and equally impressive athlete with a powerful build on the perimeter, Jerome landed a variety of division I offers up through this summer as he starred with the New York Jayhawks in the Under Armour Association.

1st year Penn head coach Steve Donahue has been recruiting at a high level since returning the league where he once led Cornell to the Sweet 16 of the NCAA Tournament. Northfield Mount Hermon's A.J. Brodeur is the star of the class while Jerome joins a pair of other perimeter players - 6-foot-4 swingman Ryan Betley and 5-foot-11 point guard Devon Goodman - in the Quaker class.