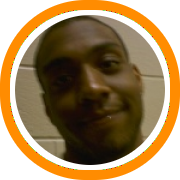 The depth of talent was the story of Friday night’s Hoop Mountain Fall Classic as there were a number of talented upperclassmen as well as underclassmen.  “Half of my recruiting list is at the event,” said one Div II college coach.

Marianapolis Prep was well represented with five players in attendance and showed why they will be in contention again this year for the Class “B” title. Senior Reuben Cabrea, was dominant on the glass and finished EVERYTHING around the basket. He will certainly have a number of scholarship offers this year. New comer, Justin Duvarney was also impressive from Marianapolis Prep. His lightning quick speed will add great depth to the MP backcourt with talented point guard Corey Wright.

Some really talented guards were on display like, senior Derick Beresford from Nobles and Greenough. Beresford made a number of really difficult step back jumpers and three pointers off the dribble. Senior, Anthony Ireland, who will most likely prep next year, was electric. He was able to break down the defense at will and make his teammates better throughout the night. Junior, C.J. Moss from Westport, MA showed a variety of skills, knocking down jump shots and finishing in traffic.  Junior D.J. Fazio
demonstrated a much-improved jump shot, knocking down 17 footers in transition. Senior, Matt Kopel from the Berkshire School made a name for himself by playing like a true point on both end of the floor on Friday.

The two wings that really stood out on Friday were Kevin Polanco from Andover and Brian Johnson of Brimmer and May. Both physically dominated the flow of the game at times and rebounded extremely well from the wing position.

One of the most intriguing prospects of the night was 6’8” senior Paris Massey from Boston English. If he decides to prep next year, he will have a chance at a number of scholarship opportunities.

Like all other Hoop Mountain events, the Fall Classic featured both a terrific collection of talent and huge numbers of college coaches.