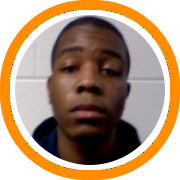 Tucker Esborn, 6’5”, SF, Avon Old Farms (CT), 2009:  There are shooters and then there are scorers.  And although Esborn is arguably the best stand still three-point shooter in the camp, he showed he can put the ball in the basket in a variety of ways on Tuesday.  While his jumper was failing to drop with his normal regularity, he showed he was the complete package offensively as he was able to score off the dribble, in the low post, and in transition.  He is a scholarship level talent who is flying under the radar…although that is likely to change by the end of the month.

Allen Williamson, 6’4”, F, Pingree School (MA), 2009:  In the afternoon session Williamson scored the majority of his points in the mid-range area as he showed a consistent touch on his pull-up jumper from 12-15 feet.  But he also showed us something we hadn’t seen from him before as he passed the ball beautifully in the open court.  He made a more concerted effort on the defensive end of the floor in the night session as he showed his ability to lock up the opposition when he so desires.

Zach Russo, 6’2”, G, Lyman Hall HS (CT), 2009:  Russo has obviously been hitting the weight room hard as of late as he was showing off a much improved physique.  There was plenty to like in his floor game as well, as he moved without the ball better than any other player in camp (freeing himself for several uncontested lay-ups after back cuts) and also showed an ability to create his own shot in isolation situations.

Scott Tavares, 5’9”, PG, Tilton School (NH), 2009:  Patience and good decision making allowed Tavares to have another good day today.  He did a nice job of running the team and distributing the ball, while only looking to create off the dribble when the offense broke down.  That was is never a problem as he combines excellent quickness with terrific ball skills.

Lance Greene, 6’0”, G, Lexington HS (MA), 2009:  Greene showed his well rounded offensive game by putting points on the board in a number of ways.  He is more smooth than explosive, but still has no problem getting to the rim.  His shot also looks good from behind the three-point line as well as with his one-dribble pull-up.

Brian Johnson, 6’3”, SF, Brimmer & May (MA), 2009:  Johnson didn’t put up a ton of points today, although he did just about everything else.  He has a terrific physique, is a very good defender, and a capable offensive player.  His ability to crash the glass, grab the rebound, and then push the ball up the floor with great speed also gives him a rare talent.

Matt Stone, 6’8”, C, Avon Old Farms (CT), 2009:  Although Stone has been consistently good all week long, he had his most impressive game on Tuesday afternoon.  The first time he touched the ball with his back to the basket he made a beautiful drop-step double pivot move for an easy lay-in.  It was smooth sailing from there as he continued to score and pass well out of the post, rebound diligently, and contest shots on the defensive end of the floor.

Andrew McCarthy, 6’9”, C, Scituate HS (MA), 2009:  Although the big man didn’t get very many touches, he showed an ability to catch and score quickly inside the paint with a very soft touch.

C.J. Moss, 5’10”, PG, Westport HS (MA), 2010:  There are few who push the ball up the floor as quickly as Moss.  He also showed himself to be a very tough little player as he went strong to the rim and finished against contact.

Ryan Spencer, 6’4”, SF, Franklin HS (MA), 2009:  He shot the ball extremely well from behind the three-point line and then showed a good ability to attack poor close-outs when defenders began to leave their feet.

Sean McCarthy, 6’10”, C, Loomis Chaffee (CT), 2010:  While McCarthy wasn’t quite as productive on Tuesday night as he had been earlier in the week he has two things that can’t be taught: a very big body and a willingness to give 110% on every possession.

Eric Alleyne, 5’11”, G, Brimmer & May (MA), 2010:  One of the most talented underclassmen here.  He gets into the paint consistently, makes open shots, and has a very strong body.  But while he is a very good one-on-one player he will have to learn how to make those around him in order to play the point guard position on a consistent basis.

Daelyon Crus, 6’4”, F, Windsor HS (CT), 2010:  A high energy interior player who uses his length and bounce to make plays around the rim.  If he continues to develop his skills away from the paint he could be a prospect down the road.

Alex Levine, 6’6”, PF, Weston HS (MA), 2010:  His post game has come a long way as he has become more assertive establishing position and looking for his own shot while continuing to pass well off the block.  He is a signature move away from being a major interior threat.

Maliek Miles, 6’1”, G, Sports & Sciences (CT), 2012:  The rising freshman showed he could be a prospect of the future as he earned a spot in the camp’s top league and held his own against competition four years his senior.

•  Matt Gibson (Lexington Christian Academy – MA) is playing a different role this week than the one he is accustomed to as he is being forced to be more of a scorer and less of a set-up man.

•  Kyle Vigneault (Suffield Academy – CT) may be an undersized guard, but he is tough as nails.  He also has a good handle and tear drop floater in the lane.

•  Michael Mallhot (Norwich Free Academy – CT) is a skilled guard who handles the ball well, shoots the three, and has a very smooth dribble pull-up.

•  Anthony Trappaso (St. John’s – MA) is going to be a very valuable role player at the college level as he plays hard, has a high basketball I.Q., and makes open shots.

•  Jon Gaymond (Brimmer & May – MA) is a young big man with a pretty good skill set.  Don’t sleep on his unorthodox shooting mechanics either as he’ll knock down the three-pointer when dared to.

•  Zach Taylor (St. Luke’s – CT) is a young guard with a terrific handle who makes plays off the dribble with ease.  As his jumper becomes more consistent, he will become more effective.

•  Julio Vazques (Crosby HS – CT) is a relatively unknown name who is proving himself with his ability to get to the rim and finish against contact.

•  Kevin Lynch (St. Sebastian’s – MA) didn’t get the opportunity to shoot the ball much, but to his credit, that didn’t stop him from making some beautiful passes.