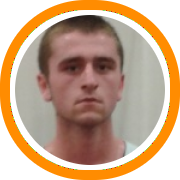 BRISTOL, RI – The last full day of Hoop Mountain at Roger Williams this summer took place on Tuesday, and once again was a terrific day of basketball. Highlight plays, competitive games, and a sharp attention to detail in terms of skill development were all obvious to anyone in attendance. The cap off the great day of hoops, coaches for the camp teams selected all-stars who played in an entertaining and high level game in front of the rest of the campers. The game was short, two ten minutes halves, but nonetheless exciting.

Right off the tip, The Blue Squad (coached by Mike Hart) got it going behind the early play of Johnathan Mitchell, Colin Richey, and Brandon Feinberg. While The White Squad (coached by Lewis Bryant) may have got off to a slow start, behind the play of high flying Tyriek McCauley and Johnnie Spears they would eventually crawl their way back into the game to the point where it was 20-20 with under a minute to play in regulation. After a costly turnover by The Blue Squad, Jordan Pease rimmed out a good look at the hoop that would have won the game. Instead, the game went into a 1 minute over time. After a quick bucket from McCauley to start the extra period, John Geary would hit a big three for Coach Hart’s Blue Squad. However, The White Squad would answer right back with a lay-up from Pease with under 20 seconds to play that would give them the lead for good. Blue came down and forced up a desperation shot that was blocked thus sealing the win for Coach Bryant and his White Squad.

Johnathan Mitchell – The well-built and tough New York City combo guard started the game off with two quick three’s and never looked back. He is an interesting prospect who showed very well this week at camp, and had college coaches checking their packets to see his name.

John Geary – The St. Andrew’s sharpshooter has good size for someone with his skill set and had one of the best showings out of anyone in the All-Star Game. He hit a few contested deep three point shots, and is also just a tough all around kid.

Chris DiClemente – Really liked his feel for the game and good playmaking abilities. He hit a three and had a very impressive drive to the basket in the All-Star Game, but more so just plays the game with a great demeanor and confidence. DiClemente should make a tough 1-2 combination with incoming Prout School freshman Tomas Murphy this winter.

Tyriek McCauley – He is a great athlete who, while he is still finding his feel for the game and needs to work on his skillset, nonetheless is able to have a positive impact on the game because of his raw talent. He was one of the most impressive players in the All-Star Game because of his multiple dunks and amazing plays above the rim.

Devin Williams – While he didn’t shoot the ball great in the All-Star game, Williams still played well because of his ability to take care of the ball and find open teammates. He was the leader for the young Worcester Academy team all week, and did a very good job of leading by both voice and example.

Brandon Feinberg – The incoming Suffield Academy Post-Graduate is tough on the glass, plays exceptionally hard, and is versatile for a player his size. He has a good skill set and proved why he was voted an All-Star on Tuesday night.

Isaiah Robinson – He is as tough as nails and battled inside Tuesday night with some players much taller than him. Robinson uses his thick frame and strength to fight for position down low and does a good job of finishing around the rim against bigger defenders.

Nick Pasquale – He is still improving and getting better every day, which is the most important thing for a player of his size and age. He is starting to look much more comfortable on the basketball court and is clearly working hard. He will be running with the BV Chaos the rest of July, and while we may not expect too much production wise out of Pasquale it will be interesting to watch him keep developing.

Stay tuned as tomorrow we will bring you our final thoughts from Roger Williams and the 2013 Hoop Mountain Super Weeks.