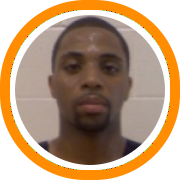 Youngsters dominated day two of Hoop Mountain’s Super Week II.  In the morning session it was young big men in particular as Andre Drummond, Nerlens Noel, and Eric Katenda all stood out.

Drummond’s star may have shined the brightest as he finished a series of plays above the rim and blocked his normal array of shots.  His two most impressive finishes both came via the lob pass.  The first was an alley-oop catch and dunk with just one hand and the second came on a similar play, but this time he showed his agility and touch by finishing in a mid-air with a finger role despite being somewhat off balance.  When the outcome was no longer in doubt, he gave on-looking coaches a glimpse of his perimeter skill set as he began to handle the ball more and even lead the break.

Noel also took advantage of his offensive freedom to show off his face-up game.  In fact, we saw an added dimension from the rising sophomore as he was able to consistently create his own shot off the dribble.  His most impressive sequence came when making a right to left cross from outside the three-point line, getting to the rim in one bounce, and then finishing against contact with his left hand.

Not to be outdone Katenda made a series of smooth drives of his own.  He showed great agility and was very smooth with the ball in his hands, changing speeds effectively and finishing on both sides of the rim.  He’s matured quite a bit since the end of his sophomore season, especially on the offensive end, and now looks like a major force to be reckoned with in the future.

In the afternoon session, the youth on the perimeter began to get it done as Alex Murphy and Freddie Wilson began to impose their will.  Murphy demonstrated his total game showing the skill set to drain three-pointers and step back jumpers, the creativity to get to the rim and finish with dunks, and the floor game to see the court and thread the needle with his passing ability.

Rutgers’ head coach Fred Hill was front and center as Wilson played his best game of the day.  He’s very dangerous with the ball in his hands and did a nice job of scoring the ball going to the rim while also making enough pull-ups to keep the defense honest.

Joe Bramanti, Brian Miller, D.J. Fazio – The trio from Andover High School went to working in their first game of the day.  All three are physical specimens who have obviously hit the weight room hard.  Bramanti was doing most of his work by running the court in transition or utilizing his pull-up jumper.  Miller simply outworks people and was pound for pound perhaps the best rebounder of the day.  Fazio connected on a number of three-pointers, made a series of good passes off the dribble, and showed good dexterity finishing around the rim.

Greg Newton – To quote one on-looking college coach, Newton “passed the sh*t out of the ball” as he was creating for others in a variety of ways.  He always had his head up and was especially adept in drive and kick action.

Indiana Faithful – He turned in as complete of a day as anyone in the field.  His size, intelligence, and craft at the point have been well documented, but today he added some creativity as found shots for both himself and others.

Kaleb Tarczewski – The future St. Mark’s big man seems to get a little bit better every weekend as his body continues to fill out while he becomes more assertive.  Today he was dunking everything around the rim…and dunking them hard.  His mobility and ability to run the floor also stood out to the observing coaches.

Mike Carter-Williams – There isn’t much he can’t do from a skill standpoint and he showed just about everything in his arsenal today.  There will pull-up threes, mid-range pull-ups, step-back jumpers, and drives to the rim.

Michael Laplante - He came along late in the day as he caught fire from behind the three-point arc to the tune of four trifectas in one game.  If he ever gets to the point where he shoots it that well on a consistent basis his stock will soar up.

Andrew Chrabascz – The rising sophomore played a very strong all around game as he showed the range on his jumper by knocking down a couple of three-pointers along with his normal toughness and tenacity on the glass – especially crashing the offensive glass from the weak side of the floor.

Sean Dempsey – Although his team was overwhelmed by Drummond’s in the morning session, Dempsey was a bright spot playing a very solid point, taking care of the ball, and making some solid finds.

Tom DeCiantis – The Rhode Island native has a nice combination of toughness and skill.  He goes hard to the basket, battles on the glass, but also boasts a pure three-point stroke from the perimeter.

Allen Harris – The long swingman was doing what he does best…getting to the rim.  Even against a high level of competition Harris continued to use his long strides while also changing speeds to get to the cup consistently.

Xavier Pollard – Speaking of getting to the rim, Harris’ future Suffield Academy teammate was doing plenty of that himself.  Pollard showed both a quick first step as well as some fancy footwork with his counter moves to get to, and finish at, the bucket.

Josh Levitan – Today’s breakout performance went to the rising senior from Conard High School in Connecticut as he showed off a tight handle, clean shooting stroke, and especially good mid-range game to the college coaches.

Ishmael Kalilou – Some people didn’t realize how skilled Kalilou was, but after today it’s no longer a secret.  He showed range to the three-point line, an equally soft stroke off the dribble, and the ability to get his defender in the air with his shot fake.

Darius Watson – He again thrived creating his own shot off the dribble from the perimeter.  The crossover was his weapon of choice and he complimented that with a very efficient jump stop move through the lane.

Jengodji Gates – The Hillhouse guard continued to stroke the ball from the perimeter and was an emotional spark plug for his team as he brought a ton of energy throughout the day.

Josh Varney – The Vermont native is a big physical presence in the paint who made an immediate impact on the defensive end of the floor with his rebounding and shot blocking.

Luke Matarazzo & Chris Fitzgerald – They formed a lethal 1-2 punch with Matarazzo’s creativity off the dribble and Fitzerald’s perimeter jumper.  Utilizing both pick & pop and drive & kick action they were very effective.

Phil Gaetano – His headiness and court sense were again on display as he made every right decision, delivered every ball on time, and put his passes right on the money.

Alex Levine – Everyone at camp is hoping to impress college coaches, especially those from scholarship levels, and Levine had some people asking about him as his size and skill was enough to get some people intrigued.

The day concluded with the camp’s dunk contest.  Ryan Dulaire, Chris Evans, Andre Drummond, and Evan Tullar were the more notable participants.  Dulaire came away with the title with his signature dunk being a tomahawk coming off a lob pass.  Evans showed his best stuff in the opening round as he connected on an off-the-glass one-handed dunk and a rock-the-cradle.  Tullar’s best was a double bounce off the ground and then the backboard for an alley-oop while Drummond finished the J.R. Rider through the legs dunk.

Ultimately however no one could knock off the reigning champ as Kyle Casey returned to defend his crown with a 360% tomahawk.  He then put the punctuation mark on it as he jumped over the 6’9” Drummond before dunking with one hand.