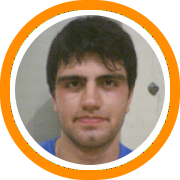 This weekend Hoop Mountain hosted their second Prep Classic in as many years. This year the field included two teams from New York and some of the top New England programs including BB&N, Brimmer and May, Choate Rosemary Hall, Wilbraham and Munson, Tilton, and the host Marianapolis Prep. The event was well attended by college coaches from the division I, II, and III levels.

Saturday
Marianapolis Prep 82 Wilbraham and Munson 52
Head Coach Dave Vitale’s team came out in a stifling 1-3-1 trap that gave Wilbraham and Munson fits for the entire game. With their defense forcing 26 turnovers, Marianapolis was able to get out and run for a number of easy transition baskets. The host club was led by 6’3 senior swing-man Barry Latham and 6’0 senior guard Nikoal Vukadinovic. Latham led all scorers with 24 points in addition to pulling down 8 rebounds while Vukadinovoic scored 18 points while demonstrating his terrific outside shooting touch. 5’11 senior guard Matt Pentkowski led Wilbraham & Munson with 18 points.

Boys Club of New York 76 Marianapolis Prep 72
After defeating Wilbraham & Munson in the tournament’s opening contest, Marianapolis Prep was forced to come right back for their second consecutive game. The second game was much more competitive than the first and featured 10 lead changes throughout the 32 minutes. Nikoal Vukadinovic picked up right where he left scoring a game high 25 points including 5 three-pointers. The Boys Club was led by the by the duo of 6’0 post-graduate point guard Kevin White and 6’6 senior forward Daryl Griffin. White was able to control the game and score 20 points while handing out 12 assists while Griffin patrolled the interior and chipped in 18 points while pulling down 8 rebounds. Ultimately, the Boys Club was able to hold on for a hard fought victory.

Brimmer & May 79 vs. Wilbraham & Munson 51
Brimmer & May was able to dictate tempo from the beginning of this game with their full-court pressure. Wilbraham & Munson got rattled early and had turned the ball over 23 times by the end of the contest. Offensively, Brimmer & May had tremendous balance as all five starters scored in double figures. 6’0 junior point-guard Kyle Bond led the way with 20 points and 8 assists. 6’2 sophomore forward Brendan Rollins, the team’s sole interior scoring presence, was terrific the entire afternoon finishing with 18 points and 18 rebounds. Another sophomore 6’5 Kyle Casey had a very solid all-around game finishing with 13 points, 8 rebounds, 5 assists, and 5 blocks, while the freshman duo of Derek Retos and Joe Sharkey also played well for Head Coach Greg Kristof. Retos displayed his tremendous touch from the perimeter by knocking down five three-pointers while Sharkey was very efficient with 12 points, 5 assists, and 3 steals.

Buckingham, Browne, & Nichols 94 Our Savior 51
This game was practically over before it began as BB&N was able to dominate play for the entire 32 minutes of action. Andrew McCarthy was solid with 18 points, 8 rebounds, and 6 blocked shots in a reduced role due to the score of the game. 6’2 senior co-captain Mike Palidino also had a very strong game finishing with 24 points. Paladino, who is a somewhat stocky perimeter player, showed good physical strength, a high basketball I.Q., and the ability to score on the interior or perimeter equally well.

SUNDAY
BCNY 78 Buckingham, Browne, & Nichols 75
The Boys Club of New York jumped out to an early first half lead that eclipsed 15 points on more than one occasion. But in the second half BB&N, behind the strong play of 6’7 junior forward Andrew McCarthy (21 points & 9 rebounds), was able to battle back and take the game down to the wire. With the game tied at 75 a piece and only 9 seconds remaining on the clock BCNY called a time-out to diagram the final possession of regulation. 6’0 post-graduate point guard Kevin White (16 points, 9 assists, 4 steals) caught the ball at the top of the key and looked for screening action on the interior. When the play appeared to break down White put the ball on the floor going hard to the right side. The BB&N defense was forced to rotate in order to block White’s path to the basket which left 6’5 senior shooting guard Elijah N’Diaye open in the corner. White kicked to N’Diaye who launched a shot just before the buzzer went off that fell through the net to give BCNY the victory and a perfect 2-0 record for the weekend.

Brimmer & May 69 Choate Rosemary Hall 53
This game was a tale of two very different halves. In the first 16 minutes of action Choate actually held the lead for the majority of the period behind 18 first half points from 6’3 senior point guard Conor Meehan. At halftime Brimmer and May held a small advantage of 29-27. But the second half was a different story as Brimmer and May Head Coach Greg Kristof implemented a match-up zone defense that was able to stifle Choate’s offensive attack while his four guard line-up began to knock down their shots from behind the three-point line. Kyle Bond again led the way with 16 points, 7 assists, 4 steals, and 4 rebouds while Kyle Casey turned in another well rounded effort with 15 points, 10 rebounds, 4 assists, 4 steals, and 5 blocks. Eric Kelliher and Derek Retos both scored in double figures with 10 and 11 points respectively, while Joe Sharkey chipped in with 9 points, 8 rebounds, 5 assists, and 4 steals. Connor Meehan finished with 25 points, 7 rebounds, and 6 assists for Choate.

Marianapolis Prep 60 Tilton 53
Coming into the tournament this was the game that looked to be the most exciting. Both teams were among the early favorites to contend in a very talented NESCAC “B” division this year, and this would be the first time the two programs squared off this year. In somewhat of a disappointment Tilton was without two of their biggest contributors in 6’8 senior forward Mehmet Sahan and 6’6 sophomore guard Givon Crump. Nevertheless, Tilton fought hard the whole way and kept the game close down the stretch. Ultimately, Marianapolis was again led by the talented duo of Nikoal Vukadinovic who finished with 18 points and Barry Latham who had 17 points and also shut down Tilton’s Can Ozkaner holding him to only 12 points. Bayiha Ba Nguindjel patrolled the paint ripping down 12 rebounds for Marianapolis. Marianapolis finished the weekend with a 2-1 record, including wins in both of their NEPSAC games.