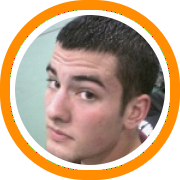 On Friday night Hoop Mountain held their traditional Fall Classic. The event featured 150 players ranging from high school freshmen to players currently attending community college. With a variety of coaches from prep schools, division II, and division III universities on hand the players competed in a variety of mini-games. Below is a list of players who shined during the course of the night:

Class of 2007:
Mike Baldarelli, 6’4, G/F, Holy Name HS (MA): Mike was perhaps the best senior prospect in attendance. He shot the ball very well from behind the three-point line demonstrating his tremendous shot mechanics in addition to a nice mid-range game.

Sean Caddigan, 6’1, SG, Suffield Academy (CT): The Maine native is a very slender but skilled player. He was lights out from the behind the arc and showed the ability to put the ball on the floor and even finish around the cup a little bit.

Sam Davidson, 6’6, PF, Cambridge Rindge & Latin School (MA): The big man was impressive with a soft touch around the basket and an all around impressive skill set. If he is able to build up his body he could be a scholarship candidate.

Sam Lacey, 6’6, F, Loomis Chaffee School (CT): Sam’s defense stood out more than anything else. He was a physical post defender and very active off the ball getting several deflections. Offensively, he seemed much more comfortable on the perimeter than post, showing the ability to put the ball on the floor with either hand.

David Rufful, 6’4, SG, Bishop Hendricken HS (RI): A very fundamental and intelligent player who makes the most out of his athletic abilities. David shoots the ball well from the perimeter and showed why he is being recruited by several division II schools.

Ryan Sasso, 6’0, PG, Bishop Fenwick HS (MA): Ryan is a very polished point-guard who impressed by moving well without the ball, snapping his passes, and handling the ball strongly. All in all he didn’t do much scoring but showed that he really knows how to play the game.

Class of 2008:
Mike Massey, 6’2, SF, Hamden Hall (CT): Mike used the night to demonstrate his improved perimeter skills. He attacked well off the dribble all, showed good body control while in the lane, and was as effective on the glass as ever.

Class of 2009:
Matthew Barboza, 6’6, F, Bishop Hendricken (RI): Two weeks ago Matt stood out as a top prospect at the Hoop Group Top 100. Tonight he did the same by once again showing his combination of size and skill off to the college coaches in attendance.

Kyle Casey, 6’4, SG, Brimmer and May School (MA): Kyle was one of the few definite scholarship level players in attendance on Friday. He is a tremendous athlete who finishes above the rim and also shoots the ball well outside the three-point line.

Class of 2010:
Sean Cunningham, 6’0, G, Wilbraham & Monson School (MA): An obviously gifted athlete who was very smooth getting to the basket. Although, he didn’t show a willingness to shoot from the perimeter, solid mechanics on his short pull-ups suggest he may be able to extend that range.

Joe Sharkey, 6’2, G, Brimmer and May School (MA): Joe is a skilled perimeter player who showed he has the potential to play either guard spot and catch fire from the perimeter. He was definitely one of the top overall prospects in the building.