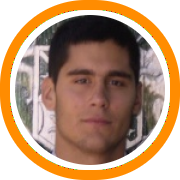 Four local prep school teams were in action on Sunday as Brewster Academy, Winchendon, South Kent, and St. Thomas More all took to the court.  Unfortunately, it wasn’t a very good day for New England as Brewster’s early win proved to be the only one of the day for the local teams.

Brewster Academy 111 Chinese Junior All-Stars 47
What looked like an exciting match-up on paper turned out to be an extremely one side contest as Brewster Academy dominated the Chinese Junior All-Stars.  Brewster was simply too quick and athletic as the Chinese team was never able to contend with their pressure defense and transition attack.  Mark Lyons led the way out of the gate as he had 21 points at the half, and finished with 24.  That mark was matched by Chauncey Gilliam whose most note-worthy basket came on a thunderous windmill dunk.  Givon Crump continues his outstanding play as of late as he was 5-7 from behind the three-point line and solidified himself as a definite high-major prospect.  Also impressive was Trey Blue who finished with 15 points showing his versatility on the offensive end.

Sunday was the culmination of a very impressive weekend for Brewster.  Friday night they went to Winchendon and earned an 80-71 victory, and then on Saturday they returned home to defeat Worcester Academy 81-69.

Patterson 68 Winchendon 67
The nation’s number one ranked school got all they could handle from Winchendon.  The game went back and forth throughout the contest before Patterson finally claimed a one point lead as the final buzzer sounded.  Larry Anderson continued to be outstanding for Mike Byrnes’ team as he finished with 24 points on 10-14 shooting from the floor, 7 rebounds, and 3 steals while playing all 40 minutes of action.  Big man John Riek was solid in the middle scoring 14 points and grabbing 11 rebounds.  Coaches in attendance were impressed by his shooting touch as he went 6-7 from the free-throw line, although he turned the ball over 5 times and was called for numerous goaltending violations.  Albany bound guard Anthony Raffa didn’t shoot the ball as well as normal but was the team’s emotional leader making several hustle plays including jumping over the scorers table and landing five rows into the stands when attempting to save a ball.  Also playing well for Winchendon was Ivan Gombovic who had 8 points and 11 rebounds (7 offensive).

Patterson was led by Courtney Forston’s 21 points as the Arkansas bound guard attacked the rim proficiently despite not shooting the ball particularly well from the perimeter.

Hargrave Military Academy 90 South Kent 68
Hargrave relied on some accurate shooting from behind the three-point line to take control of this game.  The victors shot almost 50% from behind the arc as they converted 15 of their 31 attempts.

South Kent was once again led by Isaiah Thomas who finished with 18 points as he showed flashes of his incredible athleticism and ability to create his own shot at virtually anytime.  Junior swingman Maurice Creek was able to chip in with 16 of his own with his potent shooting touch.  Assane Sene continued to be a force at the defensive end as he blocked 4 shots and grabbed 11 rebounds.

St. Benedict’s Prep 70 St. Thomas More 58
Devin Ebanks drained a mid-court shot to end the first half that cut St. Benedict’s lead to seven going into the break.  But STM wouldn’t get much closer in the second half as the St. Benedict’s were all over the floor defensively and forcing the Chancellors’ guards into turnovers.  Ebanks and T.J. Robinson were the lone brights for Jere Quinn’s squad.  Ebanks continued to show why he is one of the most talented players in the nation, although tonight it simply wasn’t enough.  Robinson was an effective second scoring option and showed his athleticism and ability to rebound the ball under the basket.  However, ultimately STM couldn’t give these two players enough help to make this much of a contest.