Holy Cross Gets a Champion 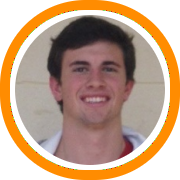 Brewster Academy post-graduate Robert Champion made a verbal commitment to the College of the Holy Cross on Wednesday.

“Officially committed to College of the Holy Cross!! So excited to be a crusader and thanks to everyone who has helped me out along the way!!”

Champion is a six-foot-six swingman who graduated from Charlotte Catholic High School in North Carolina and ran with the New England Playaz and East Coast Elite – Massachusetts on the grassroots circuit.

The Crusaders land a skilled and cerebral perimeter player with a high basketball I.Q. and excellent shooting range from behind the three-point line.

Below is a highlight reel from Champion's grassroots season created by 2eZ videos: