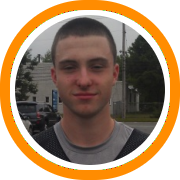 The Hoop Mountain Prep Classic returned to St. Andrew’s School on Saturday with another full slate of exciting games.  Here’s a recap of the action:

What was a 9 point game at halftime became far more lopsided in the second half as Lee opened the game up with a decisive run.  Charles Foster turned in his latest strong performance dropping 28 points with his usual assortment of deep threes and smooth drives.  Stefan Zecevic provided another consistent threat behind the arc, drilling three threes and finishing with 13 points.  Brimmer and May was led by junior swingman Sammy Mojica, who finished with 20 points while Fordham bound senior Jake Fay added 18.

An enthusiastic home crowd gave St. Andrew’s the momentum they needed out of the gate as they got hot from long range to open an 18 point first half lead.  REDA would cut the deficit to 9 in the second, but the Saints would again respond from long range to deliver the win.  Tom Hunt scored 20 points including four threes while Edson Dascy drilled three deep jumpers of his own en route to an 11 point performance.  Henry Bolton provided some dramatics at the end of the first half, drilling a step-back three-pointer in the final seconds to score the 1000th point of his career.

Marianapolis took control early and didn’t let up throughout the entire course of the game.  A balanced offensive effort was led by the interior tandem of Bobby Ahearn and Eric Long, who both finished with 15 points as Ahearn showed his typical inside-out skills and Long utilized his length and athleticism.  The backcourt effort was led by Steve Edmonds, who finished 14 points showing a shifty handle along with his smooth jumper, and freshman sharp-shooter Eric D’Aguanno who knocked down three three-pointers and finished with 11 points.

In the only non-New England match-up of the day, Redemption Christian fell just short of Alma Academy.  Redemption was led by Massachusetts native Mike Rodriguez, who scored all 15 of his points after halftime while also mixing in a fair share of fancy finds off the dribble.  Alma saw four players score in double figures as they spread the ball around to earn the victory.

Bridgton was able to hold their own for the first 20 minutes of action, as South Kent held only a one possession lead heading into halftime.  The Cardinals came out of the locker room determined to extend that margin however, and picked up the intensity of their full court pressure.  With their defense creating transition offense, South Kent went on a strong run for the first 8 minutes of the second half.  Bridgton would utilize some defensive pressure of their own to make one final run, but South Kent’s lead proved too much to overcome.  Balance was the key for the Cardinals as six different players finished in double figures with Dusan Perovic at 14, Reggie Agbeko 13, Kamall Richards 13, Shane Rector 13, Greg Davis 11, and A.J. Edwards 10.  Dorrell Foster led Bridgton with 20 including some highly athletic plays while Keenan Williams and Andrew Guerrero had 12 and 11 respectively.

A night after their varsity squad took a commanding win, Notre Dame Prep’s second team took the court to earn a tough win over CJEOTO.  Jarrel Marshall got a chance to show his individual offense, and he seized that opportunity, going for a game high 26 points while showing his soft shooting stroke as well as some timely drives.  Travis Charles, another role player on the normal varsity team, anchored the interior, while Alex Akpo led the way in the backcourt with 16 points.  CJEOTO was led by their interior tandem of Aaron Bodie and Kyle Thomas.