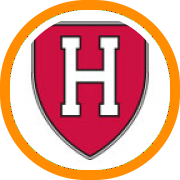 The Rivals network referred to six-foot-eight forward James Moore as “the top prospect in northern California” this summer.

Moore, who averaged 17 points and 7 rebounds during his junior year at Jesuit High School in Sacramento, had drawn interest from a variety of schools in the Pac 10, WCC, and Ivy League.

Traditionally, Moore has been primarily a perimeter four-man with consistent three-point range on his jumper, a high basketball I.Q., and good passing ability.  But lately he has developed his game with his back to the basket, adding strength to his already long and bouncy frame, and developing a number of moves on the low post.

ESPN had already credited head coach Tommy Amaker with bringing in the best recruiting class in the Ivy League this year and the addition of Moore, who ESPN rates as an 89 out of 100, only makes it that much stronger.