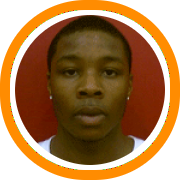 It was never Andrew Hanson’s game that made college coaches wonder.  Simply put it was whether or not he would meet the academic requirements to get through the NCAA’s clearinghouse.  In fact earlier this year Robert Morris was set to offer the 5’10 point guard a scholarship only to hold up when it appeared unlikely that he wouldn’t be able to make the grade with his studies.

Well as it turns out, after a year of incredibly hard work and dedication in the classroom, it now appears as if Hanson will qualify.

“He has matured tremendously and is working extremely hard in the classroom and on the court,” said St. Andrew’s Head Coach Mike Hart.

“He’s the best pure point guard we’ve had at St. Andrew’s,” says Hart.  “He’s just a winner.  He’s sacrificed his own shots here so other guys could score.”

Hanson has been the starting point guard for Coach Hart since arriving on campus four years ago as a freshman.  During that time he has led St. Andrew’s to 91 wins, 4 NEPSAC Tournaments, and back to back NEPSAC Class “B” Championships.

With a lethal combination of speed and quickness, Hanson is tremendous when attacking off the dribble and creating for both himself and his others.  He is equally impressive going north to south in a fast paced game or beating his man east to west when the tempo is moving at a slower rate.

That same quickness also makes Hanson just as effective on the other end of the floor.

Hanson is currently playing his AAU ball with the Rhode Island Hawks and has been very impressive thus far.  This weekend Hanson and the Hawks will compete in the Pittsburgh Jam Fest while next weekend they head to Philadelphia for the Coaches vs. Cancer Classic.  And with schools like Quinnipiac, Hampton, and Ball State already showing a good deal of interest, you can bet as more and more college coaches learn of Hanson’s improved academic status as a likely qualifier, it will be tough to get a seat in the gyms where he plays.

After all jet quick point guards who think pass first shoot second, break there man down off the dribble, and lock up the opposing team’s best scorer are hard to find.