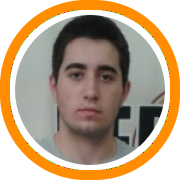 AMHERST, Mass. – For the third time in just over a month, the Connecticut Basketball Club (‘CBC’) 17u squad was crowned champions.

This past Sunday at Amherst College, CBC defeated Maine-based MBNation, 52-48, to capture the 2013 Hall of Fame Spring Classic title presented by Basketbull.

CBC used a balanced offensive attack, lockdown defense – particularly in shutting down one of the tournament’s top overall performers in the finals – and dynamic athleticism to outlast the 32-team field, including winning three games in seven hours on Sunday afternoon.

Paschal Chukwu (13 points) was a dominant presence inside on both ends of the court, while Taylor Fortin (11 points) and Chauncey Dunbar (10 points) carried CBC’s long-range shooting.

As for MBNation, the Mainers were led by Dustin Cole (9 points), one of the tournament’s most impactful players, and received solid contributions from Jack Simonds, who hit the game-winning three-pointer as time expired in a semifinals matchup against House of Sports Gauchos (NY), and Justin Zukowski, who chipped in 12 points against CBC.

Here are the performers:

Dustin Cole – MBNation – The 5-foot-10 point guard was a tough matchup throughout the two-day tournament due to his strong handle, quickness, outside shot making and overall court vision. It wasn’t until the finals against CBC – when he was face guarded throughout – that Cole’s effectiveness was limited. Until then, he consistently penetrated the lane and finished using floaters and runners over taller opponents. When defenses sagged he knocked down open shots. He also repeatedly found open teammates for uncontested outside shots (freshman Thomas Coyne was a big benefactor in the semis when he hit six three-pointers). On Sunday, Cole had 20 points in a quarterfinals matchup versus CT Select, before dropping 17 in the semis.

Paschal Chukwu – Connecticut Basketball Club – The seven-footer displayed excellent footwork and athleticism along with a high basketball IQ. In a couple instances, teammates passed to him in transition 30-plus feet from the basket. But rather than it leading to a turnover, the big man would calmly gather in the pass before getting the ball to a guard. Equally impressive was Chukwu’s ability to evade opponent’s box outs and position himself for offensive rebounds. His surprising nimbleness was further reflected by crisp weak-side defensive rotations which resulted in countless blocked shots. With many opponents attempting to pull Chukwu away from the basket by forcing him to defend perimeter pick-and-rolls, he did an excellent job of showing hard before recovering into the paint. Knocking down a couple 15-17 foot jumpers was also a pleasant surprise.

Kai Mitchell – House of Sports Gauchos – A deceptively quick and elusive big man with a surprising vertical, the 6-foot-5 sophomore forward used his size, muscle and soft hands to score inside. His ability to find space and sense when to make the correct interior cut also made him an easy target for teammates looking to work the ball inside. Mitchell put up solid point totals and hit the boards with maximum effort. While rebound totals weren’t officially kept, it’s likely he averaged double-figures. When opponents did try to outmuscle him defensively, Mitchell successfully absorbed contact and got the ball over the rim. He displayed a sweet stroke from the free throw line and when he drained 10-14-footers. The few times that Mitchell did receive a pass in the post, he did well in either making a move or finding an open teammate once he was doubled.

Zach Gilpin – Maine Athletic Club – At 6-foot-5, the junior from Houlton High already possesses a physique and polish to his game befitting a collegiate player. He scored in a variety of ways – corner three-pointers, layups, dunks, acrobatic pull-ups, and fall-away and midrange jumpers. Against CBC in the quarterfinals, Gilpin poured in 25 points, a performance which followed totals of 31 points and 33 points, respectively, in his two games on Saturday. He also rebounded well on the defensive end, using textbook boxing out technique.

Tyler Desrosiers – Mass Hoops Jaguars – By far the weekend’s best pure shooter, the Agawam High product – who eclipsed 1000 points as a junior this past February – showed why he’s a polished scorer. Besides knocking down three-pointers in bunches both off the dribble and catch, the 6-foot-1 guard used his seemingly unlimited range to set-up defenders so that he could convert layups and midrange jumpers. He moved well without the ball and had an equally good feel for how best to get his shots within the team’s offense.

Ryan Bernstein/Mike DeMello – House of Sports Gauchos – Though undersized, the toughness of House of Sports Gauchos’ starting backcourt was undeniable. It was instrumental in the deep tournament run. Both players put consistent defensive pressure on opponents’ point guards, knocked down big outside shots and collaborated to break opposing presses. On Saturday, DeMello was especially effective scoring when he averaged 17 points, including a tournament high 22 points.

Ryan Carney – Bay State Magic – The sophomore from Oliver Ames (North Easton, Mass.) showcased why he averaged 18 points per game this past season. Along with being a deadly outside shooter, the 6-foot-1 guard displayed an improved left-handed dribble – something which he has emphasized since his sophomore campaign finished – and playmaking abilities.

Taylor Fortin – Connecticut Basketball Club – The Tolland, Conn. native did as much as anyone to raise his profile over the weekend. Despite not playing his natural point guard position, the 6-footer still found ways to facilitate and distribute within the offense. He also provided a consistent outside shooting threat that penalized teams’ sagging interior defense intended to account for CBC’s height. Fortin dropped 18 points in CBC’s quarterfinals win.

Ian Gardner – Connecticut Select – Though Gardner scored the ball with success, his most memorable plays occurred when he didn’t have the ball. There was one sequence on Sunday afternoon when the long and athletic 6-foot-4 guard raced back on defense to swat away an unsuspecting opponent’s layup attempt and then sprinted the other way to fill the lane on offense. He ended up tipping home a teammates missed layup for two points. These sorts of effort plays – and how they affected the game –made him an exciting player to watch.

Craven Johnson – CT Northstars – Another wide body similar to Kai Mitchell, Johnson is much more a below the rim player. He more than compensates, however by taking his game away from the basket. The 6-foot-4 junior drained a couple three-pointers late in the game against House of Sports Gauchos, though it was not enough to pull out a win.

Joe Schneider – Team Bull – The 6-foot-10 sophomore – who will transfer to Wilbraham & Monson Academy after averaging 10 points per game at Longmeadow (MA) High this past season – flashed why he is such an intriguing prospect. The southpaw has a soft lefty hook, noticeable length and a high motor when rebounding.

Jack Simonds – MBNation – The 6-foot-5 lefty showed well with a sweet stroke and the ability to knock down open and contested outside shots, especially from the wings and corners. An improved right-hand dribble and added foot-speed will come in time, but the big shot ability he displayed with the game-winner against House of Sports Gauchos was by far his defining moment of the weekend.

Samson Usilo – Riverside Church (NY) – One of the more athletic slashers at Amherst, Usilo had 16 points for Riverside in its semifinal loss to CBC. The 6-foot-4 junior from Nazareth High (NY) relentlessly attacked the basket, finishing either at or above the rim. On one sequence, he successfully challenged CBC’s Paschal Chukwu. Usilo is the ultimate high-riser who will continue to blossom as he develops a more consistent outside shot.