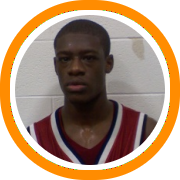 In a day and age where the internet leaves no basketball prospect left unturned many coaches like to use the expressions, “there aren’t any secrets anymore.”

Well apparently there was still one.

The Master’s School in West Simsbury, Connecticut recently announced that five of their seniors will continue their basketball careers on the next level and the most notable commitment is that of point guard Dan Guest to George Washington University of the Atlantic 10.

An athletic and powerful lead guard, there is no doubt that Guest has the physical capabilities to play the game at a high level but his recruitment reportedly came at significantly lower levels until GW came calling late this spring.

Joining Guest at the scholarship level will be six-foot-five swingman David Maturah.  A long and lanky player, Maturah has shot up after a recent growth spurt within the last year and with his best basketball still ahead of him he is headed to division II Northern Michigan to play for head coach Doug Lewis Jr.  Maturah averaged 15 points and 8 rebounds per game this year.

Two of Master’s seniors will be staying close to home to play their college basketball as Brian Onukwugha and Josh Mills have both committed to Elms’ head coach Ed Silva.  Onukwugha is a strong and athletic six-foot-five forward while Mills is a quick and bouncy guard.  Both figure to fit well in Elms’ fast-paced style of play.  Onukwugha averaged a double-double of 13 points and 10 rebounds this year while Mills averaged 11 points and 3 steals per game.

Rounding out the Master’s class is Luke Deckert who averaged 9 points per game and is headed to division III Messiah College to play for head coach Rick Van Pelt.