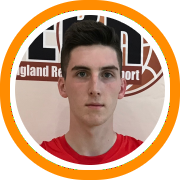 So much has changed in Maine in recent years, specifically with regard to their prep schools.

Former powerhouses like Maine Central Institute have disbanded their prep program while others like Bridgton are relying on coaching and competitiveness to compensate in an increasing arms race of talent.

Meanwhile a new program, Gould Academy, was born two years ago and now that programs is home of the top two juniors in the state, Wildens Leveque and Daniel Buie.

Leveque and Buie aren't just the top two ranked players in the state, they're also the only two in contention for the number one ranking. Buie would certainly get the nod in terms of productivity, as he had a huge season for Gould this year to back-up a break-out summer in the months prior. Leveque was a diamond-in-the-rough type of raw prospect a year ago and while he's still far from a finished product, he's made substantial strides since September and has a clear upside given his size and physical tools.

The top two prospects in the public school ranks are Deering forward Ben Onek and Bangor forward Matthew Fleming. While Fleming is the one who currently holds the division I offers, Onek has moved the needle in recent months and so this too is a competition that isn't anywhere near over just yet and will only continue to play out in the coming months.

Lee Academy forward Arseniy Semenov rounds out the top five and could very possibly by too low at the moment. With good size and strength to compliment a versatile attack,, he'll have the opportunity to prove it this spring.

The rest of the top ten is comprised of players that have proved themselves in and out of Maine. Kennebunk's Cameron Lovejoy, Oceanside's Cooper Wirkala, Cape Elizabeth's Andrew Hartel, Portland's Trey Ballew, and Gould's Jaxon Wroe. Lovejoy, Wirkala, and Ballew are players who have established consistent resumes over the years while Hartel is a 6-foot-9 big man with potential versatility who introduced himself at the recent Elite 75 Academic Experience. Wroe has been a two year contributor at Gould. There are undoubtedly others who could challenge for these spots in the coming months though and who we are eager to see this spring including the likes of Issac Varney, Nick Fiorillo, Wol Maiewen, Pedro Fonseca, and Derick Collin among others.